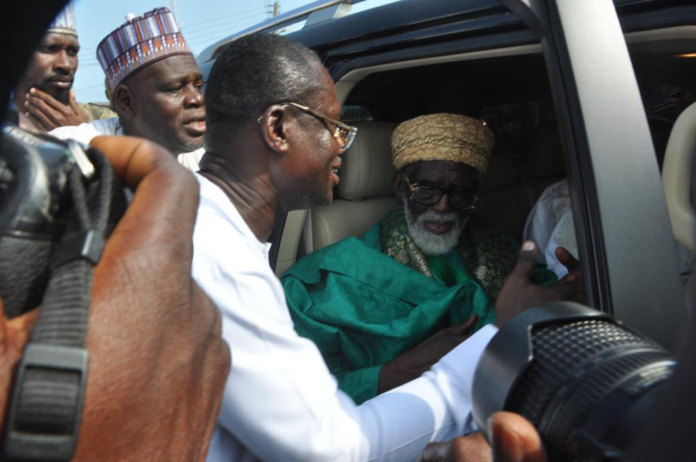 The National Chief Imam, Sheikh Dr Usman Nuhu Sharubutu, has commiserated with the family of the late Opanyin Samuel Kwame Agyepong, the father of the Executive Chairman of the Jospong Group of Companies (JGC).

He extended a warm gesture of support and prayed for the grieving Agyepong family.

On his part, Dr Siaw Agyepong, on behalf of his family, expressed gratitude to the National Chief Imam for the warm gesture.

Early on, President Nana Addo Dankwa Akufo-Addo joined the family and friends of Dr Agyepong at the Service of Thanksgiving for Opanyin Agyepong at the Pentecost International Worship Centre Graceland, at Teshie Nungua, Accra.

The service was in two parts. The first climaxed the 50th Anniversary Celebration of the Children’s Ministry in the Church of Pentecost (COP), which event was marked nationwide in all COPs across the country, while the second part was the thanksgiving service for the life of Opanyin Agyepong.

In a short address, President Akufo-Addo prayed to God to grant the Agyepong family the fortitude to withstand their loss.

Opanyin Agyepong passed away in June this year, aged 98, after a short illness.

He was buried on Saturday, September 10, 2022, at Obo Kwahu in the Eastern Region.

Conduct of Public Officers Law in the offing – Akufo-Addo