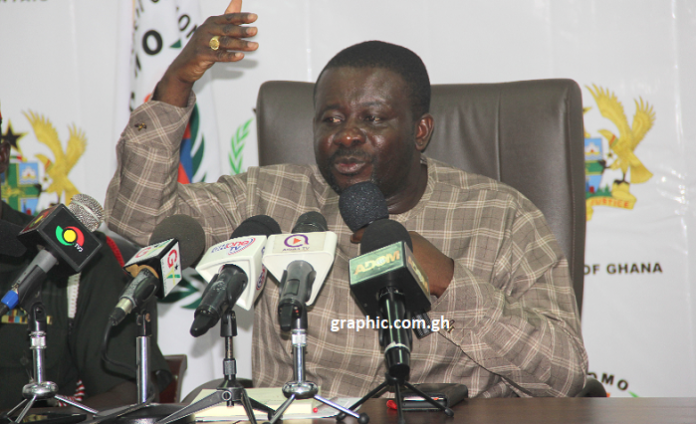 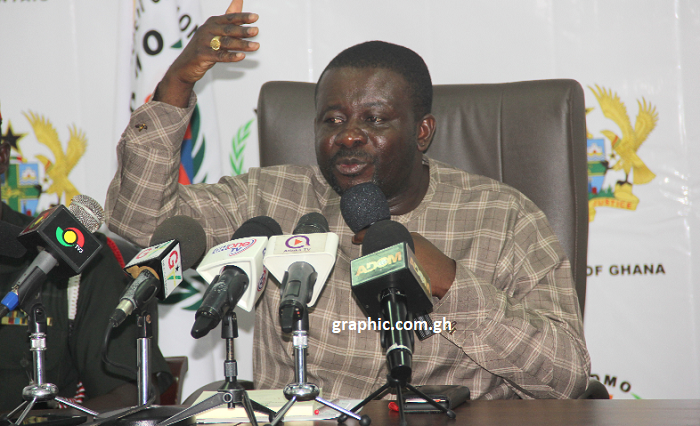 The National Disaster Management Organisation (NADMO) has held a pre-election functional simulation exercise to test a humanitarian response to any crises that may arise during the 2020 elections.

Addressing the opening ceremony of the exercise on Thursday, November 19, 2020, in Accra, the Director-General of NADMO, Mr Eric Nana Agyemang-Prempeh said the exercise was being held simultaneously across 13 regions of the country.

He said the exercise was to be guided by the concept of strategic pessimism in the event of an unlikely situation of electioneering crises on December 7, 2020.

“Able participants, we are not prophets of doom. On the contrary, we are guided by the concept of strategic pessimism to prepare ourselves in the event of the unlikely situation of electioneering crises.

“Our concern in this exercise is about the humanitarian consequences; how we are going to bring relief to our people and discharge same efficiently, promptly and timely”.

Mr Agyemang-Prempeh stated that although the country had not experienced mayhem over the past two decades at the polls but the processes leading up to this year’s elections has shown signs that the country was not totally immune to the disastrous consequences of electioneering crises.

He urged the officers of the Emergency Operations Centre (EOC) to professional in their response to humanitarian issues that may arise during the electioneering process.

“All the EOC’s in the Regional Headquarters of the regions concerned would be activated to manage the crises situation in this exercise. The National EOC has also been activated to play a strategic role in the exercise.

“This exercise is dear to the heart of all those who belong to the humanitarian fraternity. All those who would want to ensure that the suffering masses breathe free”.

The EOC went through a scenario on five fictional parties who will contest the election and the response to a State of Emergency in the event of deaths and displacement following election violence across the country.

The EOC deliberated on how to overcome telecommunications challenges and collaboration with the UN Inter-agency Standing Committee to coordinate international support.

Parliament to vet 40 nominees for Minister of State, Deputy Ministers, from June 2