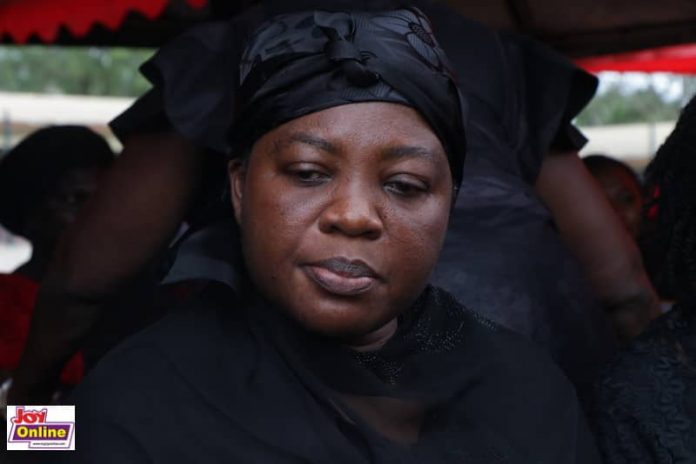 The widow of the late Member of Parliament (MP) for Mfantseman, Mrs Ophelia Mensah Hayford has revealed that her late husband was about to commence his Doctor of Philosophy (PhD) studies before he met his untimely death.

The Member of Parliament (MP) aspirant for the Mfantseman Constituency on the ticket of the New Patriotic Party (NPP) disclosed that the love for education and further studies, convinced her late husband to take the decision to do his doctoral program at the Kofi Annan International Peacekeeping Training Centre.

Speaking at the gathering of Chiefs, Elders and students at Kobina Ansa in the Mfantseman Municipality during the inauguration ceremony of government’s absorption for privately owned Kobina Ansa Senior High School,

Mrs Ophelia Mensah Hayford revealed “I always use myself as an example. The late Hon. Ekow Kwansa Hayford was a lover of education and if not for his untimely demise he would have been pursuing his PhD.

“When he called me that I should go and pick his admission forms at the Kofi Annan Peacekeeping Training School that’s exactly when the disaster struck”, he revealed at the event.

In a brief remark, she pledged more development for the people of Kobina Ansa and also urged the people to vote massively in order for her to retain the seat and to continue the good works her husband was undertaking.

Ekow Kwansa Hayford who was the MP for the area and was seeking re-election was killed by suspected armed robbers last month on a highway at night while returning from campaign activities.