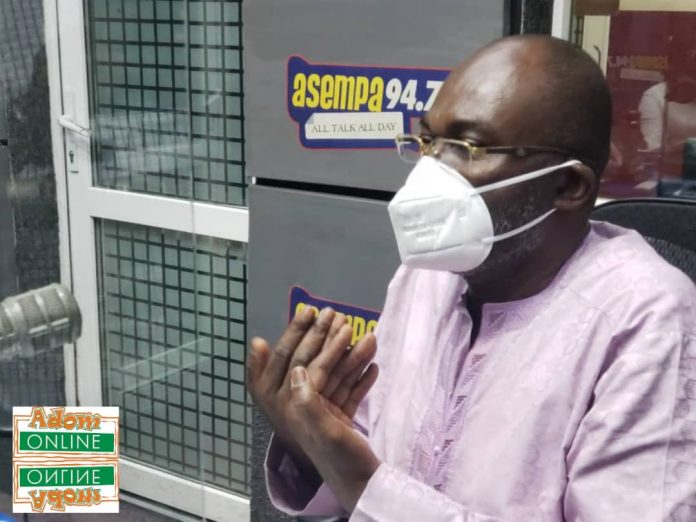 Kennedy Agyapong has lost all credibility as far as conversations about truth and integrity are concerned, says former Special Prosecutor Martin Amidu.

To him, Mr Agyapong as a politician is only interested in attacking the personality of people who have built inspiring reputations for themselves.

“The information is coming from an incredible source; a person who has lost all credibility as far as truth is concerned. Kennedy Agyapong is known in Ghana as somebody who spews lies about any person of integrity who tries to fight corruption,” he fumed.

He said this in an interview with Accra-based Citi FM while reacting to the outspoken lawmaker’s allegation on his medical condition.

“I have never been to Germany on any occasion for a medical checkup. I don’t know any German hospital or clinic and therefore, these allegations are false.

“The whole of my tenure, from the PNDC in 83 to when I left office on the 16th November I did not have the opportunity to visit Germany,” he said.

Mr Agyapong during a live discussion on Net 2 TV alleged that Mr Amidu has a medical condition for which reason he should not have been appointed, insisting he went to seek treatment in Germany.

Meanwhile, he had dared Mr Agyapong to provide evidence of the said medical records.

“I am not surprised that he’ll stoop that low to make accusations without any foundation. If he has documents on me having gone for medical treatment in Germany, he should produce them,” he demanded.