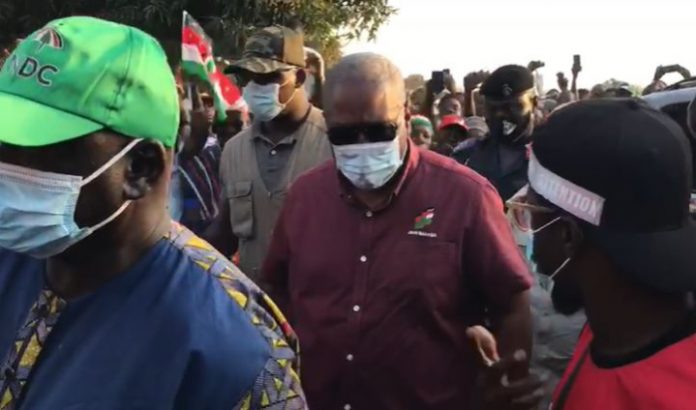 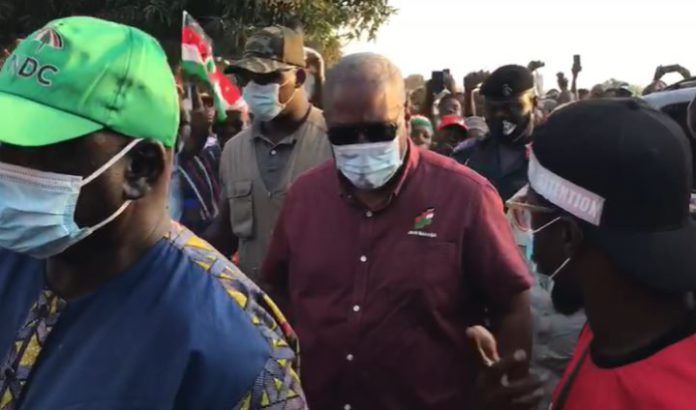 Flagbearer of the National Democratic Congress (NDC), John Mahama, has led an entourage to visit party supporters who were involved in an accident at Frante.

The accident claimed six lives, leaving several others who are at the Ejura Government Hospital with various degrees of injuries.

The affected persons were reported to be travelling to join the party’s campaign ahead of the December election as Mr Mahama tours the Ashanti region.

Addressing the people of Ejura after the visit to the hospital, he commiserated with the family of the deceased.

He expressed optimism about the speedy recovery of the victims, adding the municipality was at the heart of his campaign and he will do more to develop the area.

Mr Mahama was in the company of campaign manager Prof Joshua Alabi, Chairman Samuel Ofosu-Ampofo, Ashanti Regional Deputy Secretary of the NDC, Matthew Kojo Njourkone and other party big-wigs in the region.

Police officer clashes with soldier on the street