Mahama to visit families of victims of Techiman shooting incident 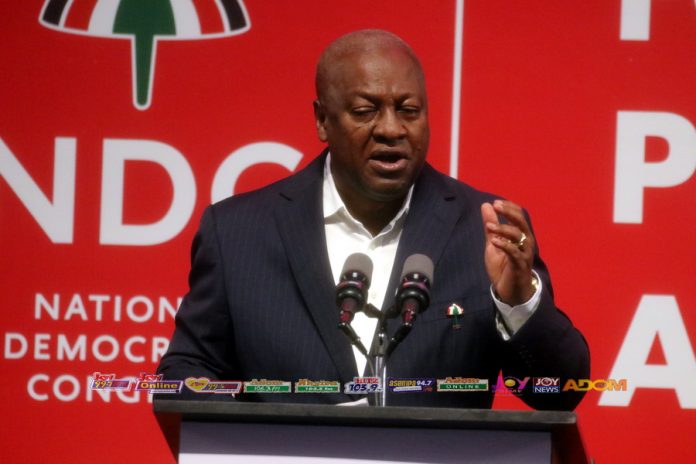 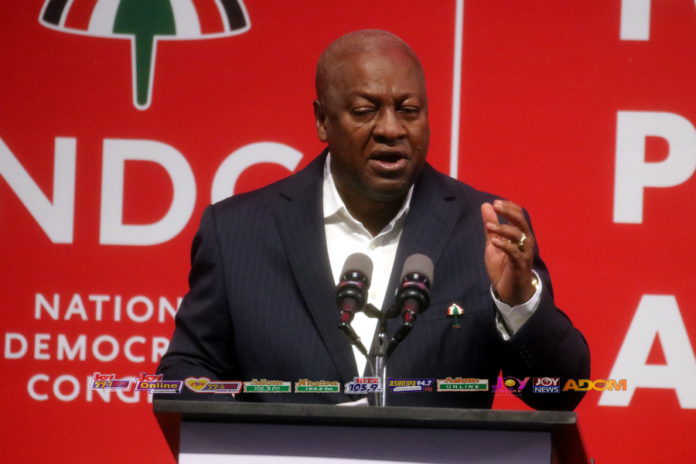 Presidential candidate of the National Democratic Congress (NDC), John Mahama, is set to visit families of the victims of the Techiman South shooting incident.

The former President will be in the area on Wednesday, December 16, 2020, and is expected to pay a courtesy call on the Traditional Council.

He will commiserate with the family members of those who have lost their lives and injured persons following the chaos that marred the December 7 election in the Techiman South Constituency.

These were contained in a statement signed by the Regional Secretary, Mohammed Shamsudeen Ali which called on all supporters to join in and make the visit memorable.

At least two persons lost their lives in a shooting incident after NDC supporters clashed with security personnel.

The confusion is said to have erupted when the supporters prevented the presiding officer from declaring the New Patriotic Party parliamentary candidate, Martin Adjei-Mensah Korsah as the winner.

The angry supporters then started attacking the Presiding Officer by pelting stones and accusing him of rigging the election.

Upon his arrival, he will pay a courtesy call on the Techiman Traditional Council and then have a solidarity visit to the family of those who have lost their lives in the battle to see NDC win power and those who were injured in the same course.

The Regional EC office and the Techiman South Constituency EC office will feel his presence and this visit will accord him the opportunity to interact with the leadership of the party, supporters, sympathizers and faithfuls of the party within the region.

By this release all Constituencies within the region are invited to make this visit a memorable one.

There is light at the end of the tunnel.