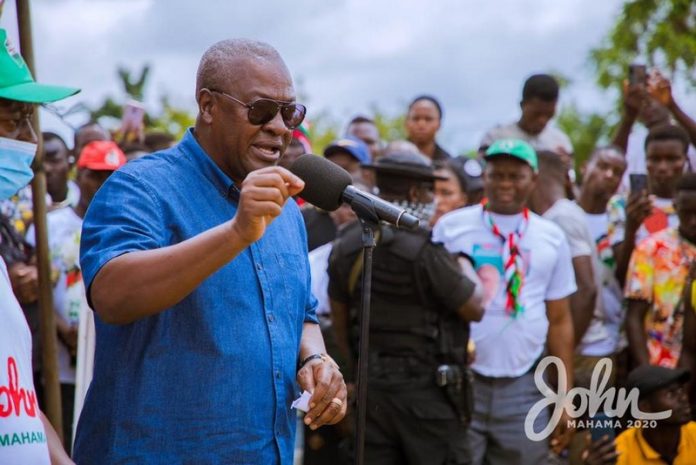 Presidential Candidate of the National Democratic Congress (NDC), John Mahama, has expressed readiness to concede defeat in the 2020 general election.

However, the former President said it will take an independent audit of the results and the Electoral Commission’s (EC) systems.

Mr Mahama disclosed this in an interview on Voice of America, stressing that is the only way the matter can be set to rest.

“If an independent audit is done on the EC’s results and the outcome proves that I lost the elections, I will accept it and walk away as done in the past.

“But as long as an independent audit is not done and knowing that there was a deliberate attempt to subvert the will of voters by the government and the EC, it will be wrong on my part to let it go,” he said.

This is because he says the EC demonstrated what he described as “gross incompetence” in running the general election with regards to the collation of results.

“In my principles as a democrat, I cannot accept the results of a discredited elections. I can’t be seen to be sweeping it under the carpet and let it go,” he noted.

The Chairperson of the EC on Wednesday, December 9, 2020, declared Nana Akufo-Addo has won a second term in office in a tightly contested presidential election.

Mr Mahama and the NDC have described the election as ‘flawed’ and ‘fictionalised’, hence have rejected it.