Newsday Ghana
HomeWorldMahama briefs Secretary-General of The Commonwealth on election results declared by the...
World 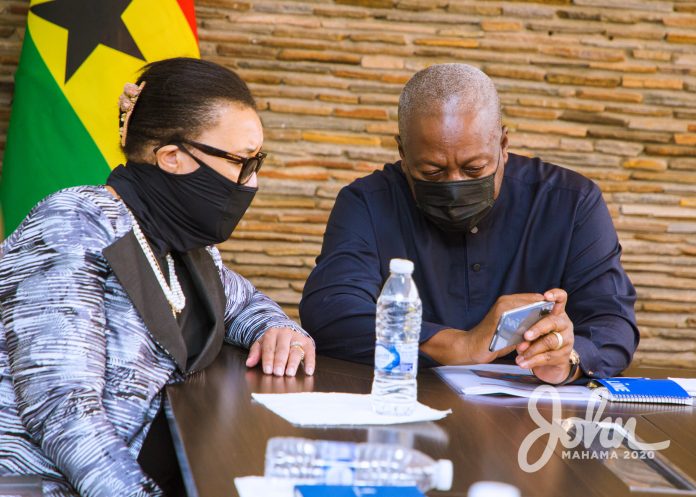 Former President and flagbearer of the National Democratic Congress (NDC), John Dramani Mahama, has shared photos after he met with the Secretary-General of The Commonwealth, Rt Hon Patricia Scotland QC, and her team.

According to him, the meeting aimed at discussing and briefing them on the outcome of the December 7 election results that were declared by the Electoral Commission (EC).

Meeting with the Secretary-General of The Commonwealth, Rt Hon Patricia Scotland QC, and her team.

Together with Professor Naana Jane Opoku-Agyemang, NDC National Chairman Samuel Ofosu-Ampofo and others, we briefed the Secretary-General on the basis of our position on the results declared by the Electoral Commission, the caption read.

The NDC says it will not accept the results that were declared by the EC Chair, Mrs Jean Mensa, where she declared New Patriotic Party’s flagbearer, Nana Addo Dankwa Akufo-Addo as first man of the country on December 9, 2020.

According to them, the results collated did not tally with the pink sheets that they have in their possession, thereby rendering the official declaration by the EC as “unacceptable”.

Check out the photos of the meeting below:

Trader gets painted stones instead of $36m of copper