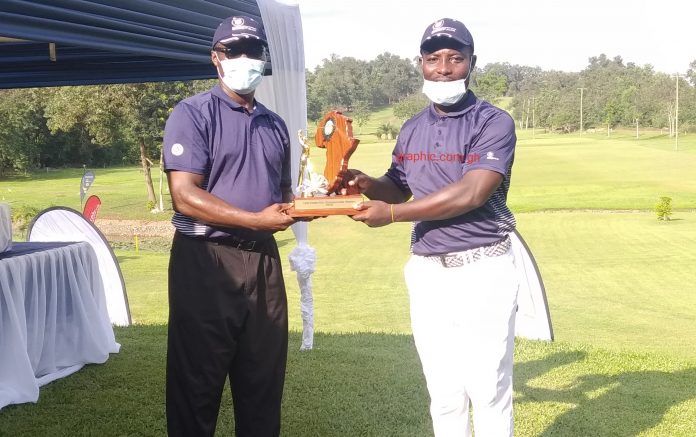 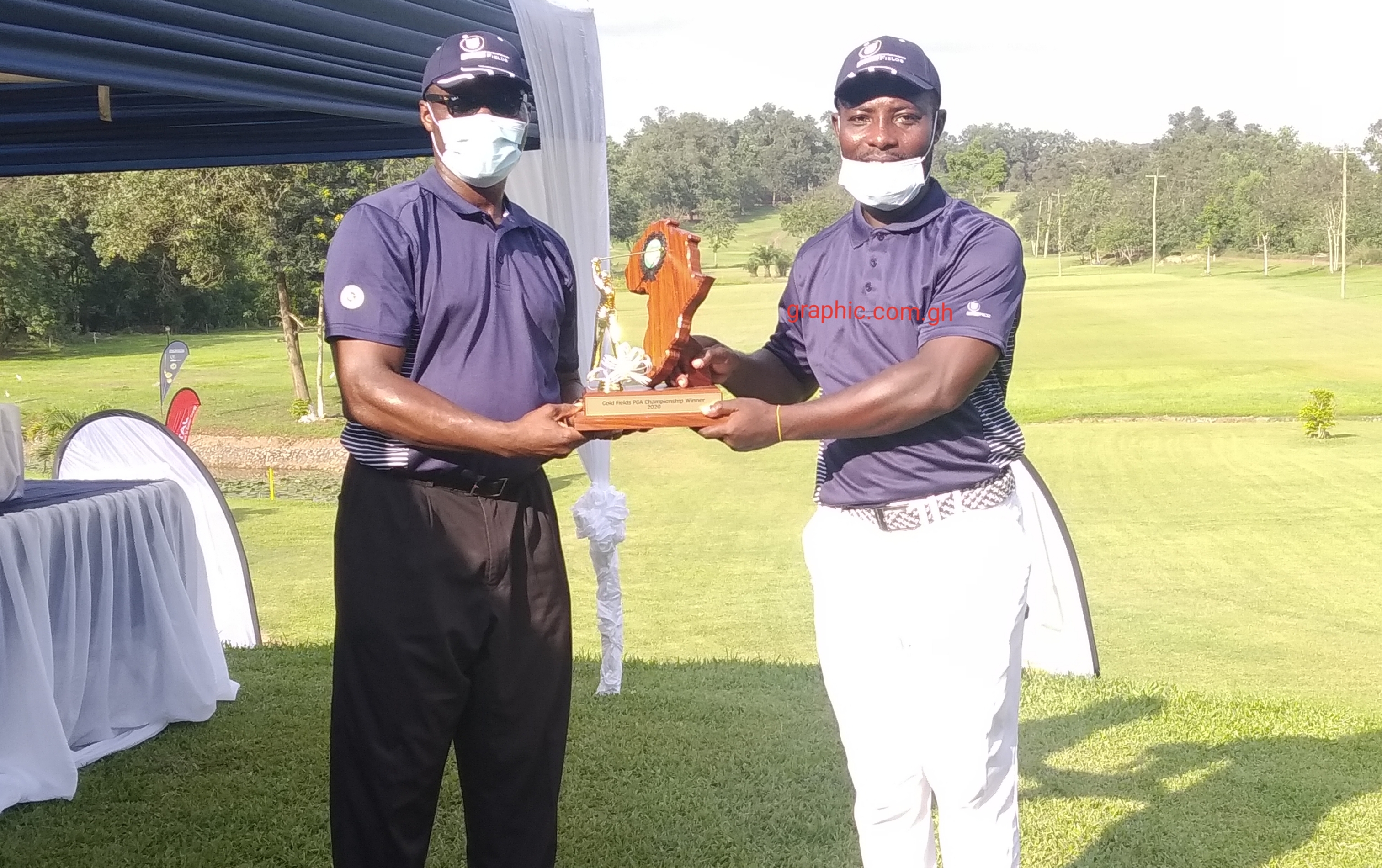 Lucky Ayisah emerged from a keen contest to win the 2020 Gold Fields Professional Golfers Association (PGA) of Ghana Championship after a four-under-par 68 final round on Saturday at the Damang Golf Club in the Western Region.

Ayisah who qualified for the competition from the Achimota Golf Club went into the final round two shots behind two-time winner Kojo Barnni but an out of bounds shot by the latter at hole 15 handed him his first triumph at the Gold Fields PGA Championship in seven attempts.

Speaking to GraphicOnline shortly after receiving his GHS40,000 cash prize and being adorned with the winner’s blue jacket with kente trimmings, Ayisah said he was delighted to have emulated his patron Emos Korblah by winning the trophy.

He also disclosed he would use his winnings to acquire new golf equipment and finance the education of his children.

“I feel privileged to have won finally after six attempts, my win should serve as an inspiration to the young golfers like myself that we can also upstage our seniors,” Ayisah said.

“This trophy is a big one in my career but I also feel challenged to defend it next year. I am a family man so I will be looking at my kids education, getting some new equipment and also finance my travels to international competitions when I am unable to get a corporate sponsor”.

He was followed on the leaderboard by Akwasi Prempeh (234 points) and Charles Chichi (236).