There are long queues and heavy jostling among voters across polling stations as voting to elect a president and 275 parliamentarians gets underway across Ghana.

Early reports from Graphic correspondents across the country indicate some voters slept at the polling centres overnight to enable them vote early, while others also secured positions in the overnight queues with stones and chairs and all manner of objects, returned to see their positions have been occupied by others.

Voting starts at 7am and ends at 5pm across 38,622 polling stations throughout the country to elect a president and 275 parliamentarians.

At the Nyamekye Pentecost polling centre in the Ablekumah North constituency of the Greater Accra Region for instance, as of 10.40pm Sunday night the queues had started forming. Fifty-nine people were already in queue while others had placed cement blocks, stones and empty chairs in the queue to represent their positions in the queue. According to the prospective voters, they took this decision to avoid the long queues that they anticipated would form.

At a nearby polling station however, the Parker polling centre some two hundred metres away, there was no sign of the voters or a queue.

At the Madina Estate Basic School polling station in the Madina/Abokobi constituency, Justice Agbenorsi reports that hundreds of electorates have joined long queues as of 5:3a.m Monday.

While officials of the Electoral Commission were setting up and getting ready to commence the voting exercise, the electorates were already poised to cast their votes. 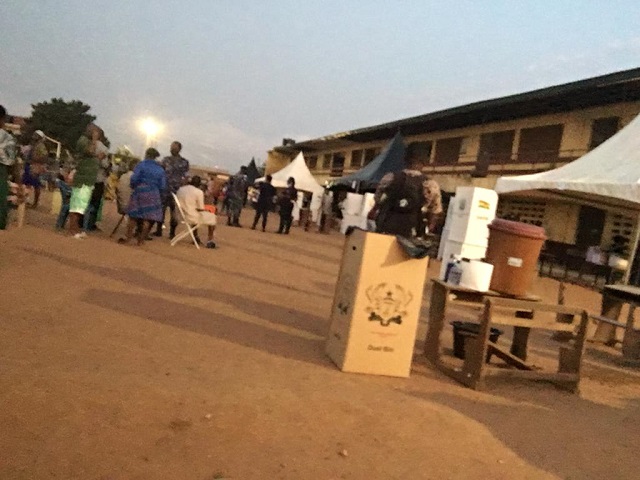 Others also formed queues with kitchen stools, benches and plastic chairs while they went about their regular duties at home to await the commencement of the exercise.

Hand washing equipment such as liquid soap, Veronica buckets and tissue had also been made available at the polling station for the electorates.

2 Spanish journalists and an Irish citizen killed in Burkina Faso