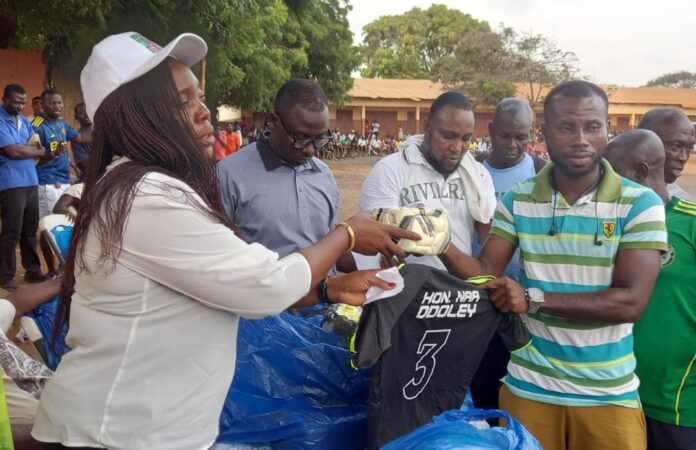 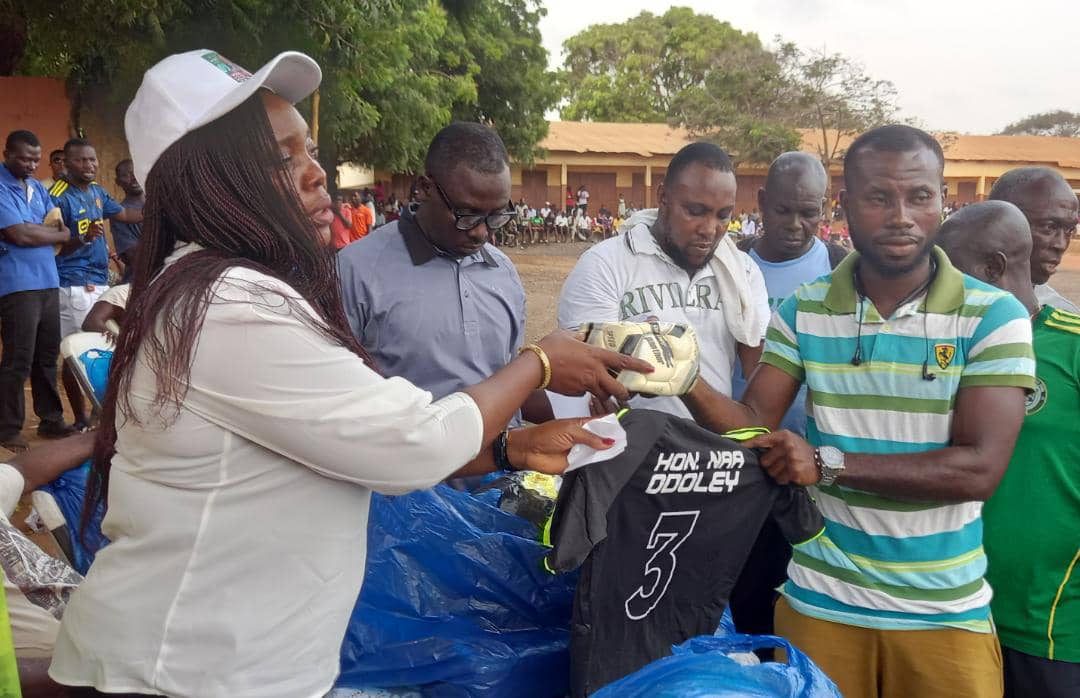 The Member of Parliament (MP) for the La Dadekotopon Constituency, Madam Rita Naa Odoley Sowah, has instituted a football competition as part of activities to thank her constituents for their support.

Dubbed ‘Nyɛ Awo Kpakpa Shidaa Gala’, the competition is aimed at thanking the people of La Dadekotopon for giving her the nod to represent them in Parliament in the December 7, 2020 elections.

The people of La in the December 2020 Presidential and Parliamentary elections overwhelmingly voted Madam Odoley Sowah as their MP for which reason she chose a football competition to express appreciation to them.

Even though the MP and her team had been visiting the various electoral areas to thank them for the honour done her, she also believes doing so through sports would also help to bring the people together.

Teams from all electoral areas in the constituency, including La East, Kaklamadu, Cantonments, Kaadjaanor among others are taking part in the two-week-long event.

In an interview with Graphic Online, Madam Sowah explained that much as football is loved by many, it is a good avenue to render her appreciation to all for their unflinching support to her victory last year.

She further indicated that her pledge to enhance sporting activities and champion education in the constituency remained her priority.

She entreated her constituents to continue to rally behind her for the realization of her vision for La.

The competition which would be climaxed on January 3, 2022, will see the best team take away the trophy and an undisclosed amount of money.