Kosta Papic in town to take over Hearts of Oak 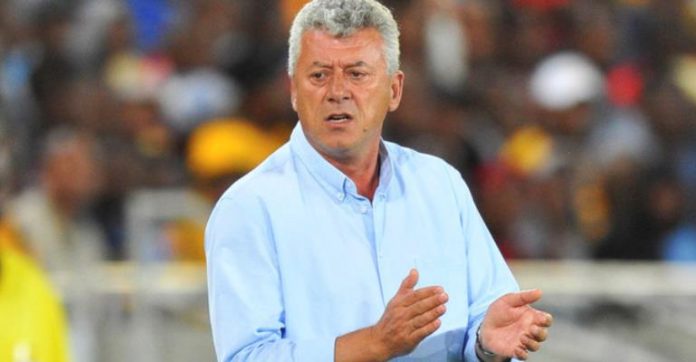 A Former coach of Accra Hearts of Oak, Kosta Papic, looks set to be appointed as the head coach of the club in the coming days, the Graphic Sports understands.

The 60-year-old Serbian arrived in the country last weekend and was reportedly in the stands to watch Hearts play Inter Allies at the Accra Sports Stadium yesterday.

Hearts fans still have fond memories of Papic, whom they nicknamed Clinton due to his striking resemblance to the 42nd US President, for guiding the Phobians to the 2008-09 Ghana Premier League title during his one year contract with the club. Incidentally, it was the last league title won by Hearts.

Highly-placed sources at Hearts confirmed to the Graphic Sports that the Serbian could be handed the club’s managerial role, and was expected to complete the paper works in the coming days to take over as the manager of the club.

Details of his contract terms were not readily available to the Graphic Sports but it is expected that Papic will be given a two-year deal.

Hearts’ stop-gap coach, Edward Odoom, has been in the hot seat since the exit of the substantive coach, Kim Grant, after he failed to meet the minimum criteria set by the Ghana Football Association (GFA) to coach in the local league.

Since leaving the shores of Ghana, the Serbian continued his career on the continent where he coached various clubs, including Young Africans in Tanzania, South Africa’s Black Leopards , Chippa United, Polokwane City, Royal Eagles, and eSwantini in Swaziland.

His second coming is expected to provide something special for the 20 times league champions who are now struggling to win trophies for over a decade now.

Recently, the coach confided in a close source that he was interested in returning to the country because he enjoyed his first stint in Ghana.

When the deal is sealed, he would become the first expatriate coach to handle the club on two separate occasions and the 11th coach since he parted ways with the Phobians in 2009.