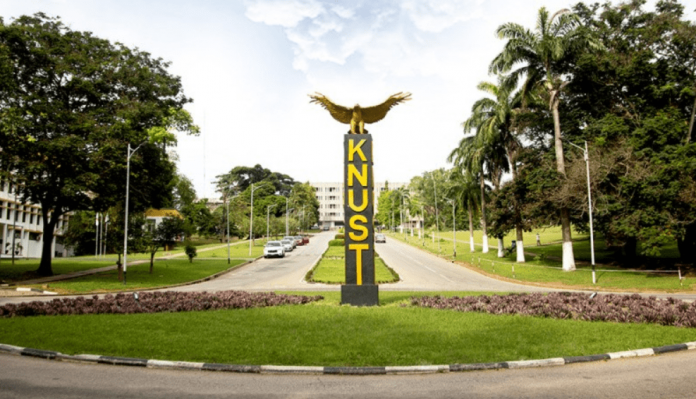 Professor Marian Asantewah Nkansah of the Department of Chemistry, Kwame Nkrumah University of Science and Technology has been named among the top 10 scientists in Africa.

She was also named among the top 60 scientists around the world in the 2020 Analytical Scientists Power List.

The Analytical Scientists Power List recognises scientists around the globe who tell unique stories. It also focuses on people, technology, and innovations, by shaping the measurement of science.

It covers analytical science by telling stories- delving into the hopes, fears, motivations, and aspirations of key figures in the field. Analytical science likewise encourages cross-pollination of ideas through an accessible and solutions-based approach.

Prof. Marian Asantewah Nkansah is an Associate Professor at the Department of Chemistry of KNUST. She holds a Ph.D. in Environmental Chemistry from the University of Bergen-Norway and obtained her BSc. and MSc. from KNUST in 2002 and 2005 respectively. She teaches Chemistry at both the Undergraduate and Graduate levels.

She has quite a number of peer-reviewed articles and books to her credit.

Prof. Nkansah has received training in Science Diplomacy and Science Advice for Policy.

She has been on both national and international platforms where science is discussed for better public understanding.

She has been involved with the Ghana Academy of Arts and Science in their high school outreach programmes.

In recognition of her contribution to public understanding of science, she was featured in the first-ever book on ‘African Women in Science’, a project of the Network of African Science Academies in partnership with the Inter-Academy Partnership in November 2016.

The topic was ‘science in the post-truth era’.

The discourse echoed the need for scientists to communicate their findings devoid of jargons so that conspiracy theorists will not distort the facts to discredit science and influence public opinion. She has also spoken at the Science Forum of South Africa (SFSA).

She is the inaugural recipient of the TWAS F.M Al-Kharafi Prize in 2016.

Prof. Nkansah is a Fellow of the Next Einstein’s Forum (NEF) and a Member of the Global Young Academy (GYA).

She is also a member of the Women in STEM Ghana group and is committed to the mentorship of female university students particularly those in STEM fields, and serves as a role model for young girls at the basic level of their education.

She enjoys teaching and loves to share her experiences with the people she meets. She also enjoys storytelling, travelling, and hiking.