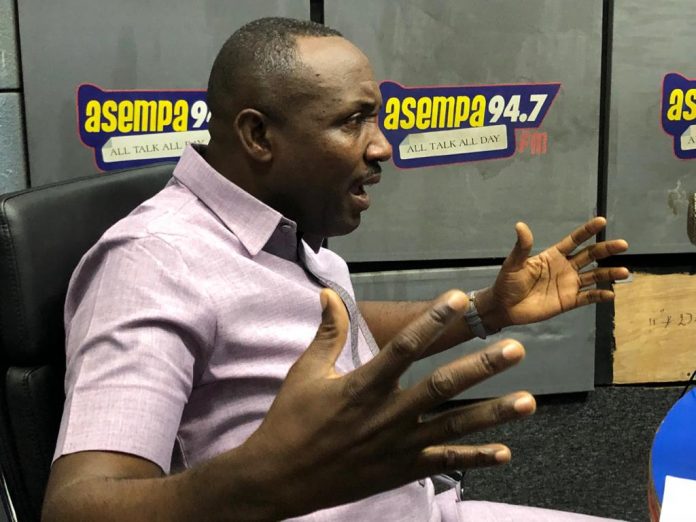 General Secretary of the New Patriotic Party (NPP) has mocked the National Democratic Congress (NDC) over claims that it has grabbed majority of seats in the just-ended December 7 election.

According to John Boadu, he cannot fathom why the party will make such claims when the NPP has 137 seats and the NDC has 136 seats per results certified by the Electoral Commission (EC) so far.

General Secretary of the NDC, Johnson Asiedu Nketia, addressing a press conference, indicated they were leading with majority seats in Ghana’s eighth parliament.

This, he said, has propelled its readiness to choose the next Speaker of Parliament and the First Deputy Speaker as well as the leadership of the various select and standing committees of the House.

Reacting to the statement on Asempa FM’s Ekosii Sen, Mr Boadu stated that will never happen.

“They (NDC) are not even interested in the presidential seat but are ready to elect a Speaker of Parliament, majority leaders and others? That will not happen today or tomorrow because they cannot claim the majority when we are leading,” he said amid laughter.

He noted the NPP is going to win some five seats declared in favour of the NDC as well as the outstanding Sene West result yet to be declared.

Commenting on the NDC’s decision to challenge the results of the election, he added it will take magic for the party to overturn it.

This is because to him, the NDC does not have adequate evidence to back their claims in the law court.

Let us be careful and not generate hate campaign against LGBTI