Jeff Bezos to give away his $124 billion fortune to charity 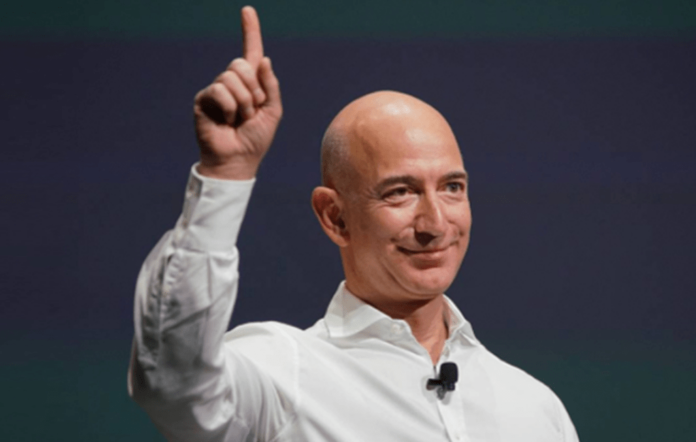 Amazon founder Jeff Bezos has said he plans to give away most of his $124bn (£107bn) fortune during his lifetime.

The businessman told news network CNN he would donate his wealth to fighting climate change and reducing inequality.

He has previously been criticised for not promising to dedicate his fortune to charity.

Investor Warren Buffett, Microsoft founder Bill Gates and Mr Bezos’s ex-wife MacKenzie Scott have all promised to give their money away.

Mr Bezos revealed his plans after donating $100m to the country music star and philanthropist Dolly Parton to use for charitable causes.

Asked by CNN whether he intended to give away most of his wealth within his lifetime, Mr Bezos told the network: “Yeah, I do.”

He declined to provide details on where he would spend or donate the money, but said: “The hard part is figuring out how to do it in a levered way.”

The multi-billionaire previously pledged $10bn to the Bezos Earth Fund, which he launched in 2020 to help fight climate change.

The move came after Mr Bezos and other entrepreneurs were criticised for spending vast amounts of money on trips into space instead of solving problems on Earth. Amazon had also been criticised in the past by its workers over its record on climate change.

Mr Bezos became one of the richest people on the planet after Amazon, the internet retailer he founded in 1994, became a global phenomenon.

He stepped down as Amazon chief executive in 2021 but remains chairman of its board. He also owns the Washington Post newspaper and space tourism company Blue Origin.

Ms Parton, who has supported causes such as child literacy, will be able to donate the cash to the charities of her choice.

“We couldn’t have thought of someone better than to give this award to Dolly, and we know she’s going to do amazing things with it,” Ms Sanchez told CNN.

In a video of the ceremony posted online, Ms Parton said “Wow! Did you say $100m?”

She added: “I think people who are in a position to help should put their money where their heart is. I will do my best to do good things with this money.”

Mr Bezos launched the award in 2021, with prizes going to activist Van Jones and chef and humanitarian Jose Andres, who established World Central Kitchen, which provides food in disaster-stricken countries.

Ms Parton – a singer-songwriter, actress, businesswoman and philanthropist – was inducted into the Rock & Roll Hall of Fame earlier this month.

She has been a high-profile supporter of charities and founded the Dollywood Foundation, which has given books to children around the world.