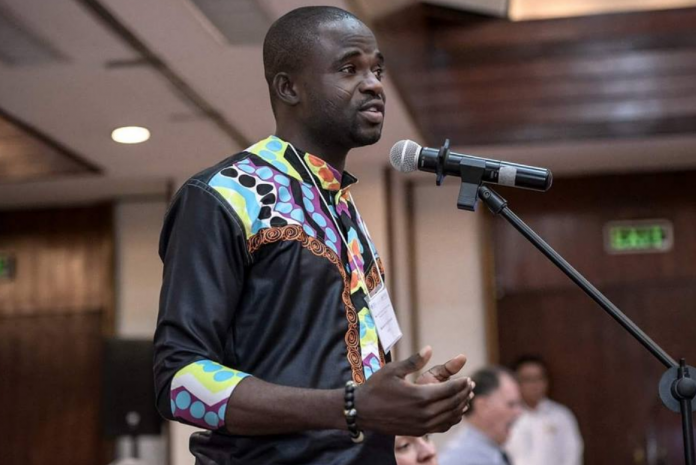 Journalist Manasseh Azuri Awuni has written a piece with regards to how the Electoral Commission (EC) conducted the recently held December 7 elections.

According to him, the EC cannot be pardoned for admitting that they got the figures wrong during the declaration of the winner of the polls.

He explained that, though most New Patriotic Party supporters were against the former Electoral Commissioner under the former President John Mahama’s administration, they are quick to praise the current commissioner, Mrs Jean Mensa, because it’s in their favour.

The EC’s figures at the final declaration should be sacrosanct. And they failed this test. However, we live in a country of double standards so that doesn’t appear to be an issue.

Read the full article below:

PRAISING THE EC BEFORE THEIR WORST

I restrained myself from joining the bandwagon that sang the praises of the Electoral Commission (EC) on Election Day. Some even said the chairperson deserved a Nobel Prize for the conduct of the polls.

Others said Ghana had shamed the US, forgetting that America had to deal with about 65 million votes that were mailed and Ghana doesn’t even have systems to handle mailed ballots yet. The cases are different.

Their reasons for the praise-singing? They did not spend time in long queues at the polling centres. For others, the new biometric devices that were procured purposely for this election did not break down so the voting was smooth. Some said there were no reports of violence at the polling stations.

Why were we expected to fight? Are we animals? If sane human beings in 2020 go to the polls, why should it be an exceptional achievement when they don’t hack one another to death?

However, exceptional praise-singing like the ones we saw should be reserved for exceptional feats.

And I had not seen such exceptional feats chalked by the EC. Nobel Prizes are not given to people who just do the jobs they’re employed and paid to do.

If we the people spent so much money to buy new and enough machines to conduct an election, nobody should expect to have those machines break down when deployed for the first time in an election.

It is normal to have them function well, and abnormal if they break down. It’s exceptional when very old and outmoded machines are made to function as if they were new.

By close of polls, there were television reports of hundreds that were still in queues in some parts the country, particularly in the north so the issue of “no queues” was relative.

The EC did well by promptly responding to real and untrue complaints of irregularities, but appeared selective. I may have missed it, but I did not see the EC’s response to videos of people who were arrested or found in the Ashanti Region to have allegedly thumb-printed ballot papers for the incumbent candidate.

I was reluctant to join the EC’s praise singers because, from experience, the actual work and test of integrity professionalism of the EC often begins after voting.

I’m 2016, the voting was flawless and smooth until after the voting. The EC went silent over the results and allowed the political parties to take over the space to churn out their own results.

The same thing happened this year.

In the days of Afari-Gyan, we used to get results from the constituencies whenever they were ready. That doused tension.

Technology has even made it easier and the EC can create space on its website not only to upload certified Constituency results but can also upload signed pink sheets.

This helps in transparency and makes things difficult for those who want to manipulate figures at the collation centres.

Sadly, anomalies at some collation centres did not only result in outcomes tainted with credibility crisis but also resulted in the killing of at least two people in Techiman South.

For me, the worst thing that has happened to the EC in my lifetime is that the commission got some figures wrong in the final declaration of the presidential results and later made the correction in a press statement.

The EC’s figures at the final declaration should be sacrosanct. And they failed this test. However, we live in a country of double standards so that doesn’t appear to be an issue.

And we cannot make progress with this attitude.