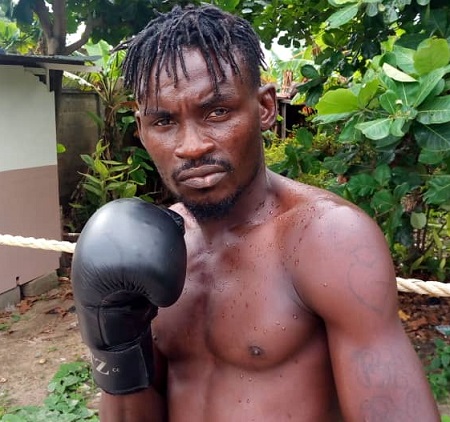 Former national welterweight titlist Isaac Aryee has vowed to destroy Raymond Ansah on his ring return three years after being involved in a motor accident which nearly took his life.

Aryee has warned his opponent to be wary of his boxing prowess when they clash on ACE Power Promotions’ November 29 card at the Bukom Boxing Arena.

The fighter has been out of the ring since March 2017 when he stopped Charles Tetteh in five rounds. In these three years of absence, Aryee has been recovering from a surgery he underwent for breaking his neck in a motor accident.

Reports had it that the Bukom-based fighter was allegedly knocked down by a police vehicle from the Mamprobi Police Station on the Mortuary Road in Accra in May 2017.

However, Aryee has fully recovered from his surgery and has been cleared by doctors to return to the ring for the first time.

“It is going to be an emotional night for me after all that I went through,” an emotional Aryee told Graphic Sports.

“I am glad to be making a return to the ring and I want Ansah to expect a very good fight from me. All I want is to work harder to remain one of the toughest boxers in the country,” he added.

Aryee could suffer from ring rust on the night against Ansah despite possessing an impressive six wins from his last seven bouts.

Ansah, a journeyman fighter who has 33 losses from 41 professional bouts, could be a walkover for Aryee who is looking forward to his much-anticipated return.

Pete Edochie shares love story of his parents, says his mum married at 15