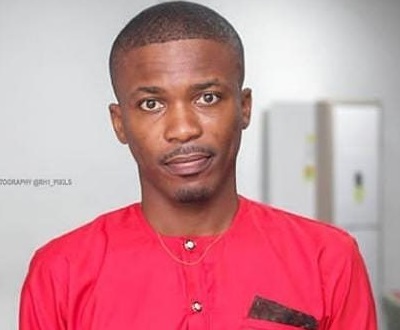 People often say one needs to blow his/her own trumpet because nobody will do it for them and this saying rings true for the creative arts sector, where players are not shy to tout their abilities and achievements.

However, comedian/actor Clemento Suarez, prefers to go the route of humility. Clemento, who recently got married to his long time girlfriend, has risen through the ranks to become one of the most popular faces on the comedy circuit but says he will not count himself among the top three comedians in Ghana.

In an interview on the Delay show, Clemento told host Deloris Frimpong Manso that he believes there are other comedians who are doing better than him.

“You see the industry is such that when you are fortunate to be in the limelight, you are seen as the best, but then for us who are in the circles, we know that people are working,” he explained.

Clemento mentioned actor Kwadwo Nkansah (Lilwin) and Bismark Odoi (Bismark The Joke) as some of his top comic actors and OB Amponsah and Foster Romanus as those who make it to the top of his list when it comes to standup comedy in Ghana.

When asked who he would compare himself with outside the shores of Ghana, he answered that “I’m tempted to say Kevin Hart but he does both stand up comedy and comedic acting so I will say Bill Cosby.”

Clemento Suarez, real name Clement Ashiteye, also debunked assertions that his association with the entertainment industry is what opened up a job opportunity for him at the British High Commission.

“No, I have been working there for about seven years so it is not like I got that job when I tasted ‘stardom,’” he stated.

Read more: I try not to step on anyone’s toes – Clemento Suarez

He, however, explained that although he is straddling two jobs, none of them has suffered.

“At the British High Commission, we close early and most of the work we do in the industry is done in the evening so I’m able to do the two diligently. Again, I don’t work on weekends at the commission so I have time to do what is expected of me in the creative world,” he said.

Two children mauled to death by hyena while they slept