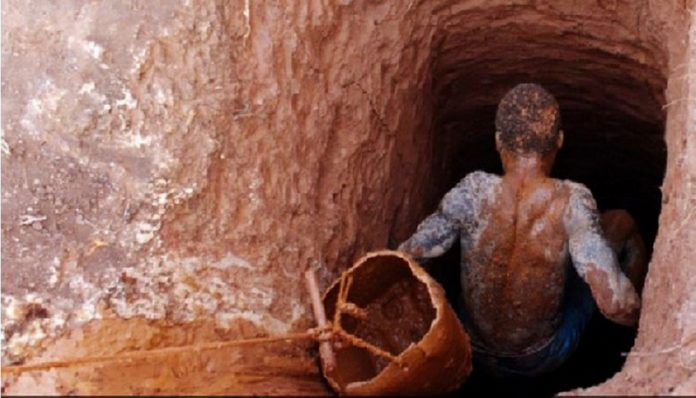 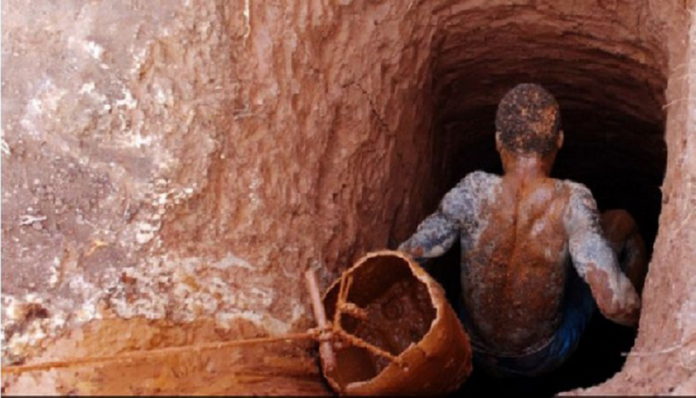 An illegal miner has drowned at Achiase –Atuntuma in the Atwima Mponua District of the Ashanti Region in an attempt to flee from arrest by the Anti Galamsey Task Force in the area.

The deceased was among six others who were in a mining pit when they had wind that members of the Task Force, led by the District Chief Executive(DCE) for the area, Isaac Kofi Marfo, were heading in their direction.

According to the police in the area, the Task Force, made up of about 20 men with some in Military Uniforms in four vehicles including the official Vehicle of the District Chief Executive, stormed Achiase -Atuntuma Mining enclave on an operation.

In the course of events, five of the men who were believed to be soldiers with K47 assault rifles aboard a Land Rover vehicle with the inscription Anti-illegal Mining Task Force fired gunshots indiscriminately and in the process, seven young men who were then mining illegally in an abandoned mining pit within the vicinity ran helter-skelter

Six of the men in the pit managed to swim out of the pit but victim Ronald Kortey aged 32 drowned.

The body of the deceased was later retrieved and has been deposited at Nyinahin Community Mortuary awaiting autopsy.

26-year-old welder arrested for stealing laptops and other valuables

I derive pleasure in raping old women in farms

I’m a bad person, and I need to die