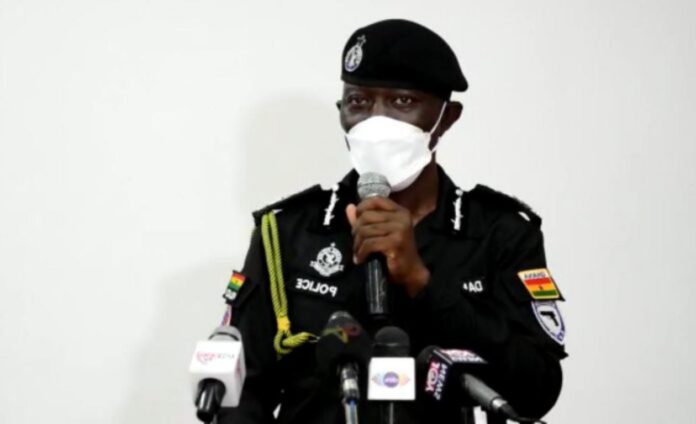 The Inspector-General of Police (IGP), George Akuffo Dampare, has urged the public to expose criminals to help the Police and its administration in its renewed fight against crime.

He said the criminals live within the communities and are known by the public who sometimes cover up for such lawbreakers.

“Those who know criminals must sell them to the police by exposing the criminals and getting money for sharing credible information that will lead to the arrest and prosecution of such miscreants,” he stated.

Dr Dampare made this statement following his visit to the Tema Regional Police Command on Christmas Eve, December 24, 2021.

Speaking on the victims at Sun City, he assured that the Police are determined to arrest and prosecute these perpetrators behind the attacks on mobile money vendors.

He consequently placed a GH¢20,000 bounty on the heads of the persons behind the crime.

The IGP also urged the traditional and opinion leaders to support the Police and help fight crime in all communities.

He encouraged the Tema Police Command to increase security and surveillance in Tema and other areas like Ashaiman and Adjei Kojo, Gbetsile and Afienya.

Panic as man slumps and dies in bank [Video]