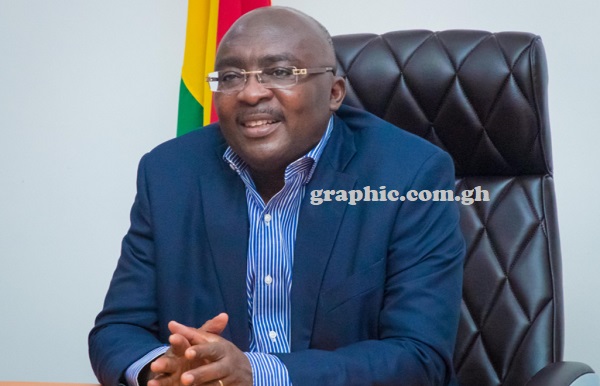 Responding to a question during his “a case for 4 more years to do more for you” presentation last night, Dr. Bawumia said there is no debate about who implemented Free SHS because Ghanaians know the answer.

“It is really laughable for the former President to claim that he introduced Free SHS,” Dr. Bawumia said.

“There is no argument about this because Ghanaians know who implemented Free SHS and they will ignore desperate Mahama.”

“Mahama and his NDC denigrated Free SHS and campaigned against it with several adverts. Now he says he implemented it? This is really funny so ignore.”

The former President made the claim during his campaign tour of the Upper West Region  last Tuesday.

The shocking claim has, however, been ridiculed variously by Ghanaians.

Some analysts have wondered what might have inspired Mahama to make such a bold claim, which is obviously false, Dr Bawumia stated.

The President said Mahama’s false claim shows his desperation and his sinking campaign.

Read also: Battle over Free SHS: Will it be the game changer?