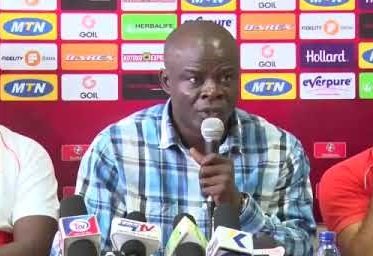 The acting Auditor-General, Mr Johnson Akuamoah Asiedu has recommended that the Ministry of Youth & Sports and the National Sports Authority should bring finality to the interdiction of a staffer who was implicated in investigative journalist Anas Aremeyaw Anas’ #Number12 exposé.

This was contained in the Report of the Auditor-General on the Public Accounts of Ghana: Ministries, Departments and Other Agencies (MDAs) For The Year Ended 31 December 2020.

The staffer, Ashanti Regional Director of the National Sports Authority, Joshua Mensah was recorded allegedly receiving a GH¢2,000 bribe to secure a call-up for a national team player in the undercover documentary.

The NSA is a response to a June 26 edition of the Daily Graphic headlined “GFA staff in dilemma” confirmed that the staffer was on interdiction.

The report states that if the case had been dealt with within the stipulated six months and Mr Mensah was found guilty of the offence, he would have been paid half salary totalling GH¢7,984.00, and the State would have made a savings of GH¢35,173.00.

The report further recommended that “the Ministry of Youth & Sports and the National Sports Authority should bring finality to the matter and either save the officer from further hardships if he is innocent or save funds for the State if he is guilty”.