Gyan to make debut for Legon Cities against Medeama 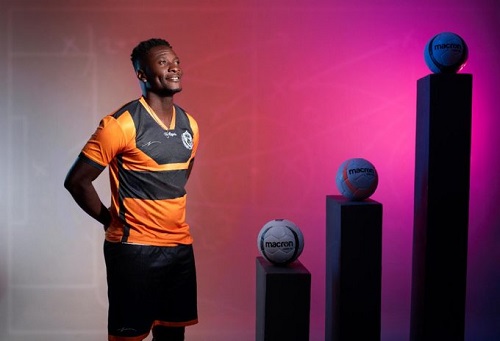 Fomer Black Stars captain, Asamoah Gyan is expected to make his debut for his club, Legon Cities as they take on Legon Cities at the Accra Sports Stadium later today.

Gyan who signed a two-year deal with the Royals was yet to play a game since the season commenced due to what is described as fitness issue.

It is believed that the 35-year-old told the club to allow him sit out for the first three games to allow him regain his fitness before being thrown into the game.

With the expiration of his three games sit out, Gyan could lead the lines for his new club who recently sacked their Bosnia and Herzegovina trainer, Goran Barjaktarević, who only picked one point after two games and rooted on the foot of the table.

Legon Cities replaced their departed coach with Bashir Hayford who could also be in the dug out to provide directions to the club.

The Royals who are considered as one of the most flamboyant sides in the league but that has not translated into their performance and they are hoping the likes of Gyan, Baba Mahama and wonderkid, Matthew Cudjoe would bring the spark to win.

Medeama have equally not started on a bright note with just a point after two games and occupy the 15th position on the log but would be expecting to win and prove their superiority over the Royals.