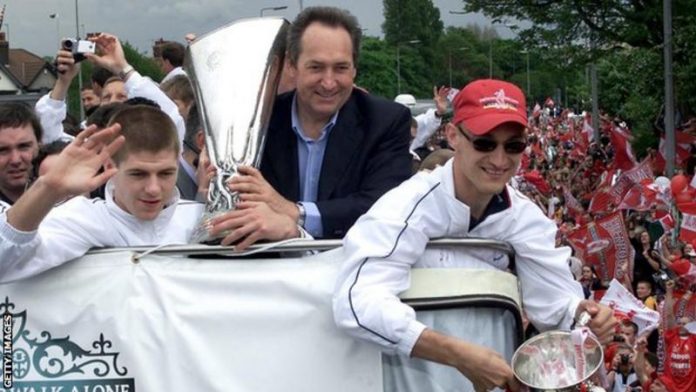 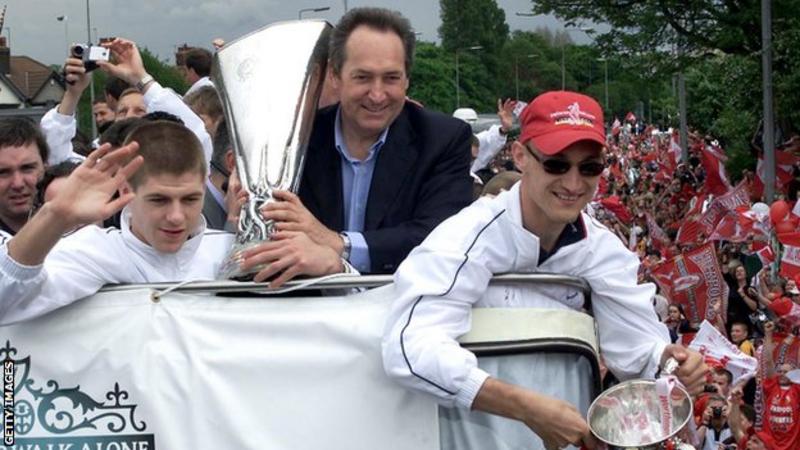 Former Liverpool manager Gerard Houllier has died at the age of 73.The Frenchman managed the Reds from 1998-2004 and led them to five major trophies, including the FA Cup, League Cup and Uefa Cup treble in 2000-01.

Prior to Liverpool, Houllier managed Lens, Paris St-Germain and the French national team, and after leaving the Reds won two Ligue 1 titles at Lyon.

His last managerial job was at Aston Villa, but he left in 2011 after nine months, following heart problems.

In a statement, Liverpool said they were “deeply saddened” by Houllier’s death.

“We are mourning the passing of our treble-winning manager, Gerard Houllier,” the club said.

“The thoughts of everyone at Liverpool Football Club are with Gerard’s family and many friends.”

Aston Villa said: “All at Aston Villa are deeply saddened to learn of the passing of Gerard Houllier, our manager during the 2010/11 season.

“Our thoughts are with Gerard’s loved ones at this incredibly difficult time.”

Houllier made his managerial name with Lens and PSG in the 1980s before taking over the French national side in 1992.

However, after Les Bleus failed to qualify for the 1994 World Cup finals – with Houllier blaming a mistake from winger David Ginola for their exit – he resigned from the role.

In 1998, he moved to England and took charge of Liverpool as joint manager alongside Roy Evans.

Evans resigned three months later and Houllier took sole charge, rebuilding the Reds and leading them to the unprecedented treble in the 2000-01 season.

In April 2001, he had open heart surgery after suffering from chest pains during a home match against Leeds, but returned to the dugout at Anfield and remained there for another three years before leaving in May 2004.

After leaving Liverpool, he led Lyon to two French titles before joining the FFF in 2007, but he was enticed back into management by Villa in September 2010, signing a three-year deal.

But the following April Houllier was admitted to hospital with chest pains and Gary McAllister stepped in to help steer Villa away from relegation trouble.

He stepped down from the role at the end of the 2010-11 season with concerns that a return to the dugout could cause further health issues.

He has since held the head of football role at Red Bull, and in November became technical director of women’s football clubs Lyon and OL Reign.