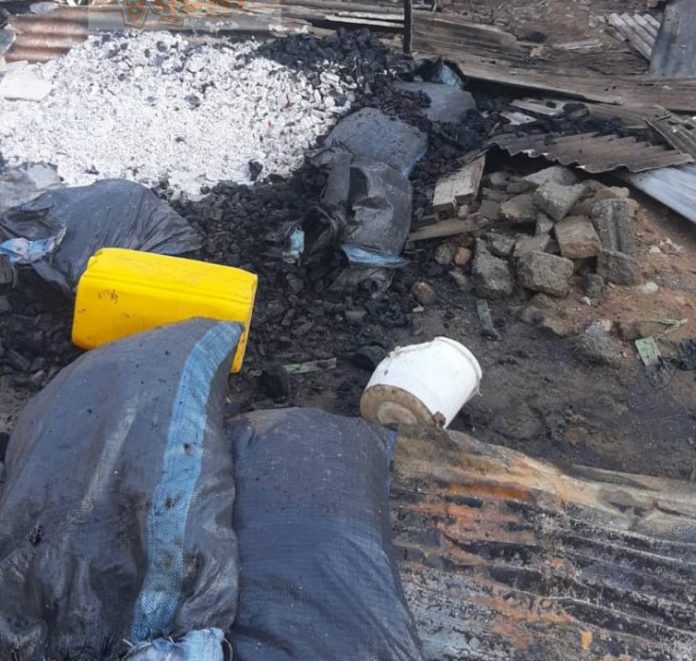 Regular night time in other communities was a moment of mourning for Spintex when an uncompleted house caught fire.

The fire, which is reported to have blazed for hours after it began at 8:pm, claimed the lives of four siblings.

Twins girls aged, 7, their younger sister and their 10-year-old nephew, who came by for Christmas holidays, were trapped in the uncompleted room.

A neighbour, Sharony, speaking to Adom News said the layout of their structure erected between two completed houses made it difficult to detect the fire.

Sharony added the house is a wooden structure in which they sold charcoal, and suspects that aided the fire to explode.

Fire Service Department was notified of the fire, but their delay in response caused the children to burn to ashes.

Mother of the deceased children, who was away in her provision shop at the time of the fire, is currently receiving counselling from a neighbour to ease her trauma.

Meanwhile, the Member of Parliament for Tema West, Carlos Ahenkorah and assembly member for the area have visited the scene to commemorate with the grieving mother.