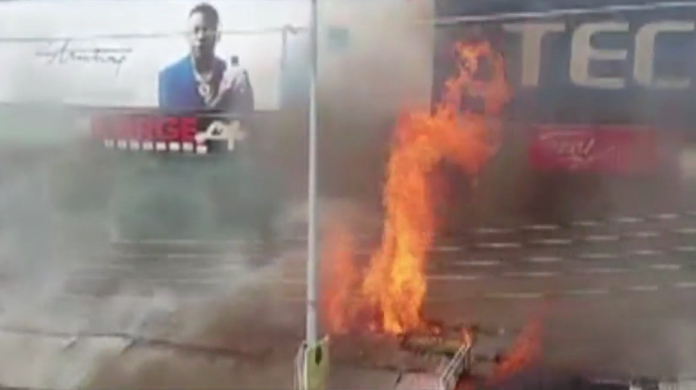 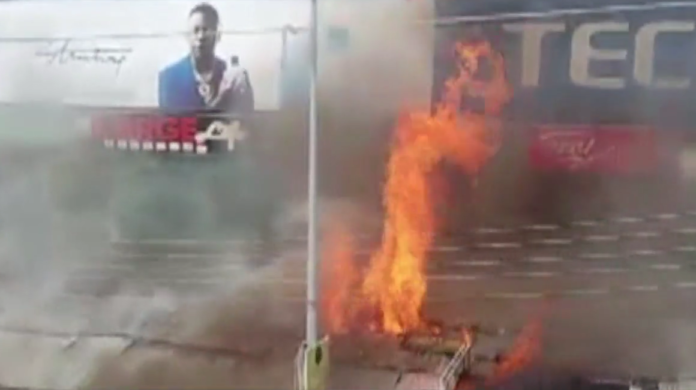 Fire has razed several shops in Koforidua in the Eastern Region, destroying property worth millions of cedis.

Reports indicate the incident occurred near the Metro mass transit terminal in the central business district.

Though the cause of the fire was not immediately known, it is said to have destroyed about eight shops in the area.

Traders lost items including jewelries, soaps, plastics materials, second hand-clothing and toiletries among others to the fire.

Personnel from the Ghana National Fire Service (GNFS) struggled to douse the fire as traders look on helpless and wailed over their loss.

Meanwhile, the Eastern Regional Public Relations Officer of the GNFS, AD01 Ignatius Kwamena Baidoo, has assured investigations will be conducted to know the cause of fire.