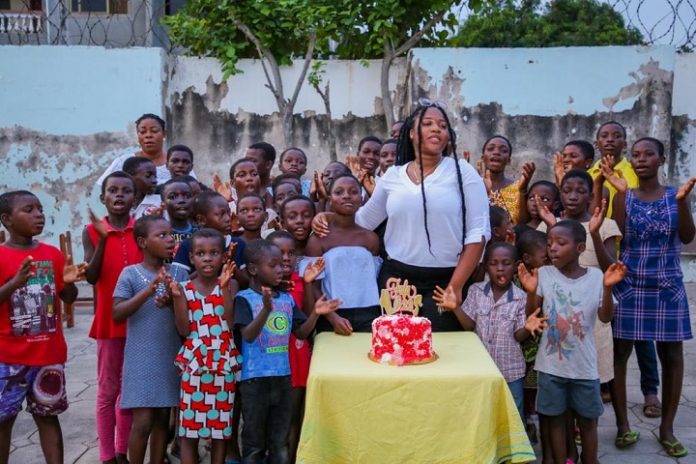 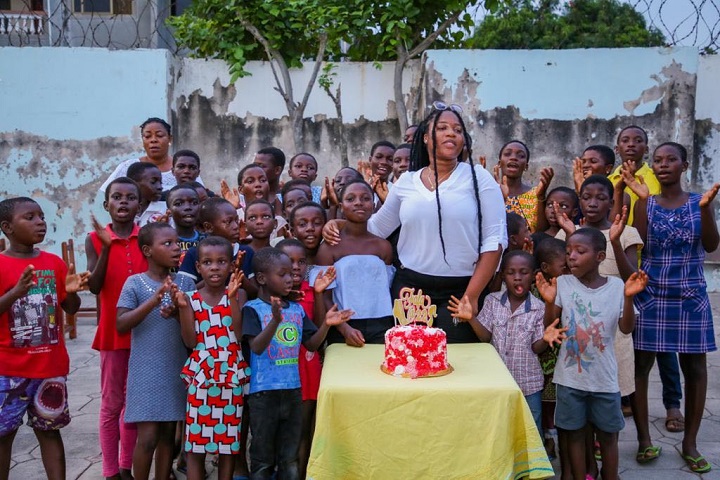 Fafa Kayi with the children at the Motherly Love Orphanage

Her father is noted for his kindness and charitable works and Fafa Kayi, the daughter of famous media personality Kwami Sefa Kayi, is following in his footsteps.

Last Thursday, November 5, Fafa, whose mother is veteran actress Irene Opare, celebrated her 22nd birthday and instead of a big bash, she chose to spend her special day with children at the Motherly Love Orphanage at Kwabenya in Accra.

Accompanied by her mother and a few friends of hers, Fafa Kayi donated items including food, water and stationery to the children who were visibly excited to have her in their midst.

Fafa also cut her birthday cake with the children and spent the whole day partying with them and generally having great fun.

In an interview with Graphic Showbiz, Fafa Kayi said the donation was something she has always wanted to do.

“Charity is something I have always wanted to do, it has always been in my heart so I am glad I pulled it off successfully.

“I planned the whole thing 48 hours to my birthday and I am super excited it went very well thanks to my parents and my friends who accompanied me for the donation.

“We had a lot of fun with the children and I am so grateful to God I was able to do this for the less privileged in society,” she stated.

Fafa had a lot of fun with the children

After being shielded from the spotlight while growing up, Fafa is now coming into her own and recently granted an interview with blogger Eugene Osafo Nkansah of Nkonkonsa.com fame.

In the interview, she revealed that when she was younger, she wished her mother and father had married.

Fafa Kayi is a level 300 student at the Academic City University studying Journalism and Mass Communication.

Over 3,000g of cocaine intercepted at Dabala Junction