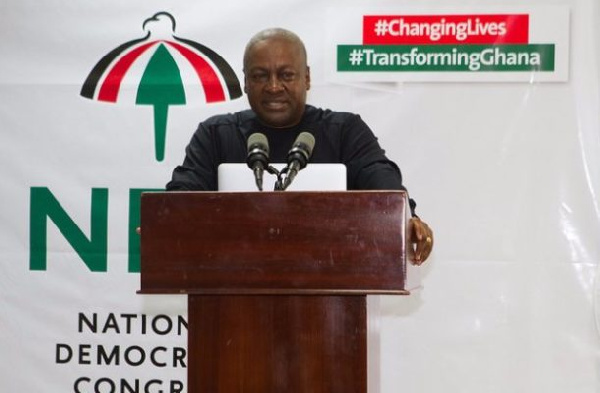 If NDC seriously believes in the FA NINYINAA Policy for First Year Tertiary Students, that policy statement would have come from their 2020 Presidential Candidate, John Mahama himself or the Running Mate Prof. Naana Opoku Agyeman. That last minute promise would not have come from the National Chairman Samuel Ofosu Ampofo who is struggling over Rape and Kidnapping allegations. The words of an alleged kidnapper, Samuel Ofosu, can never be taken seriously.

John Mahama or Prof. Naana Opoku Agyeman do not want to be held accountable over the FA NINYINAA Policy in the unlikely event that the NDC wins, so they have pushed Ofosu Ampofo to issue that last minute propaganda policy just to throw dust into the eyes of Ghanaians thinking that Ghanaians have SHORT MEMORIES.

No amount of fabrications and last minute policy propaganda in the name of FA NINYINAA can Salvage the Sinking Useless Campaign of the failed Incompetent John Dramani Mahama.

John Mahama failed to provide Ghanaian children Free SHS Policy, and what is the guarantee that he can provide them FA NINYINAA?

John Mahama himself does not believe in FA NINYINAA that is why Ofosu Ampofo was sent to issue the statement.

Sadly, due to their disbelief in their own FA NINYINAA and lack of respect for Ghanaians the NDC chose to use TOYS to advertise that policy instead of using human beings.

John Mahama’s Campaign lacks merit and coordination. All the policies of Mahama are after-thoughts and such a character wants to be President again? God forbid.

The Free SHS Graduates shall only believe in the words and statement put forward by the resourceful Scholarship Secretariat under President Akufo-Addo’s Government and vote overwhelmingly for the New Patriotic Party(NPP).

I want to change face of amateur boxing – Williams

I regret leaving behind my GH¢2000 job for France, I sometimes cry