Electorates urged to be conscious of vote buyers 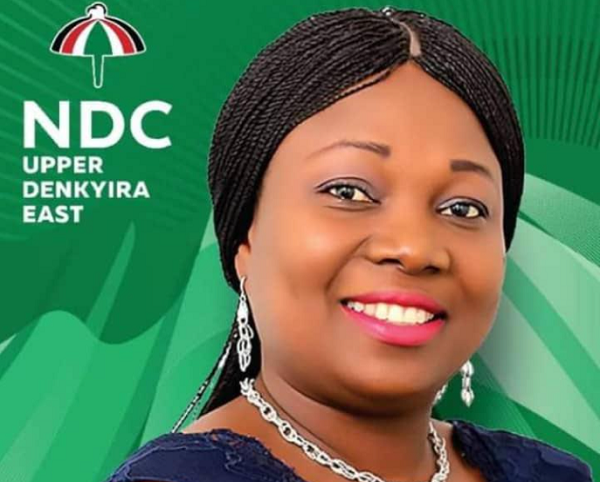 The parliamentary candidate for the National Democratic Congress (NDC) in the Upper Denkyira East constituency of the Central region, Ms Emelia Ankomah has urged electorates to be cautious of likely monetary influences and enticing packages by candidates who would try to buy votes during the December 7 elections.

According to the former Municipal Chief Executive (MCE) of the Upper Denkyira East Municipal Assembly, such a practice could lead to underdevelopment and compromise accountable governance especially at the constituency level.

She said electorates should rather focus on candidates who had the potential to develop the constituency through massive infrastructure than to succumb to the practice of selling their votes.

“We have a practice whereby a day or two to the elections or even the dawn of the Election day, people just go about giving money to electorates to entice them to vote when they give out these monies, you should know that they have bought your vote so the next four years you should know that you are not going to enjoy any development from them.

“If we truly want to benefit and enjoy infrastructure, then we should vote for people who are ready to provide us with infrastructure rather than just succumbing to the practice of vote-buying and be influenced by those who are just giving monies to entice electorates to vote for them,” Ms. Ankomah said in an interview with the Daily Graphic in Accra after graduating from the Wisconsin International University College (WIUC) with first-class honours in Bachelor of Law (LLB).

She noted that although her constituency used to be a stronghold for the New Patriotic Party (NPP), the infrastructural development projects executed by the NDC particularly in terms of electricity, when the part was in power, the direction of the electorates were now on development rather than voting in one direction.

“We are winning this time around because my people are more conscious of candidates with good development projects than voting in one direction and they believe I am the best candidate for the constituency,” she stated.

To this end, Ms Ankomah appealed to the electorates to guard against attempts by candidates to induce them with money in order to secure their votes.

Ms Ankomah observed that the country had enjoyed successful elections under the fourth republic hence the need for Ghanaians to ensure that the 2020 general elections, just like the preceding elections was also successful.

She further called on the youth to avoid being used by any politician to perpetuate and torment trouble on Election Day.

“Ghana is a peaceful country and I am giving this advice to everybody especially the youth not to allow themselves to be used by politicians to create any disturbances.

“We have been peaceful over the years and I do not think that 2020 should be a year for that we have a bypass that stage in our democratic dispensation,” she said.

Obour set to chop off his dreadlocks