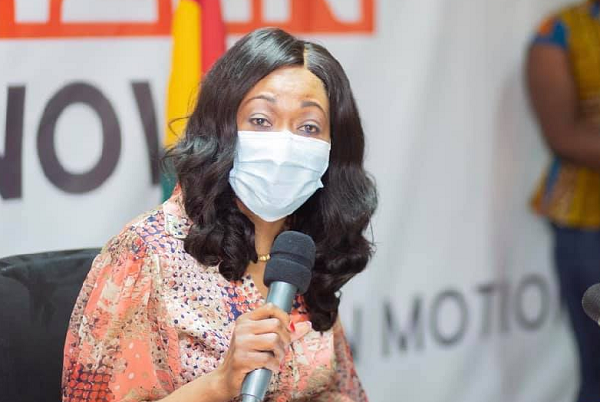 The Electoral Commission says a total of 21,887 persons will not be allowed to voted on Election Day, December 7.

The number consists of persons who engaged in multiple registrations, as well as persons who conducted various forms of electoral malpractices.

The Electoral Commission Chairperson, Mrs Jean Mensa, who addressed a press conference on Monday, November 30, said the names have been published on two separate lists; “Exceptions List” and “Multiples Lists” and have been made available to the political parties.

Mrs Mensa said the list, which made up of 13,997 persons, included unique individuals who conducted various forms of electoral malpractices including underage registration, registration by foreigners, and registration by persons not ordinarily resident in the area where they wish to register.

She also dismissed reports suggesting that the Commission had deliberately removed persons from the register and placed them on the exceptions list.

According to Mrs Mensa, a total of 7,890 unique individuals engaged in multiple registrations.

She said the list was generated by the ABIS system when it detects multiple registrations by a unique individual when the same set of fingerprints appears for persons bearing different names.

“The system picks this up and isolates the registrant. This is not done by staff of the commission,” she stressed.

According to Mrs Mensa, it was not the practice of the EC to publish the Multiples and Exceptions List but “in the spirit of transparency the Commission has decided to publish both lists on its website.”

“Both lists add up to a total number of 21,887 unique individuals. For the information of the general public, the Exceptions and Multiples List prior to the 2016 election amounted to some eight hundred thousand 800,000 persons. They were banned from voting in the 2016 Elections. Today these persons have been given another opportunity to register and vote,” she noted.

According to the EC Chairperson, a total of 17,027,641 persons are expected to take part in the December 7 General Election.

According to Mrs Mensah, the voters register, together with all the other lists, were presented to all the political parties on Saturday November 7, 2020.

According to Mrs Mensa, the Commission had also generated a “Missing names list”, capturing the names and details of persons whose registrations were challenged but later overturned by the court, those who were placed in wrong polling stations and persons whose names were not captured in the final voters register.

She said the list consisted of 830 names and that the list would be made available at the various polling stations where they registered to enable them to vote.

Mrs Mensa also urged the public to verify their voter registration details which have been published on the Commission’s website, https://registers.ec.gov.gh or dial the USSD code *711*2020#.

“The publication of the Final Voters Register in these two electronic formats will enable Voters ascertain their Polling Station details  to enable them go through a seamless voting process on election day,” she said.

Vandalism at Radio Ada: The inside story [Audio]