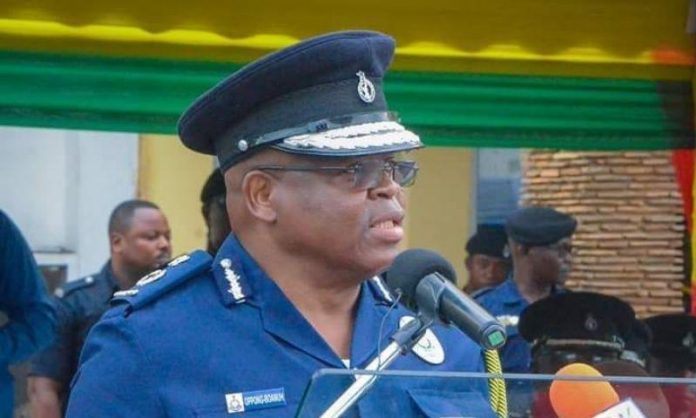 The Ghana Police Service has launched investigations into events leading to the death of 5 persons along with 17 others who were injured during the just-ended 2020 general elections.

Speaking at a press conference Thursday, Inspector General of Police, James Oppong Boanuh stated that all resources shall be utilised to speed up investigations into the matter.

Mr Oppong Boanuh who is also the Chairman of National Elections Security Task Force emphasised that all investigations into the matter will be conducted and processed in accordance with the Criminal Justice procedures.

Some pockets of violence were recorded in the Odododiodoo, Savelegu and Techiman South constituencies and involved civilians and some security officials.

In response to claims of security intimidation and brutality, the Inspector General of Police dismissed all allegations and indicated that members of the military and operational units of the Ghana Police Service were deployed for back up and emergency situations.

Mr James Oppong Boanuh thanked Ghanaian citizens for their immense support and cooperation in ensuring a peaceful election before, during and after the polls.

“I want to thank our gallant security men who were deployed across the country. They had to leave the comfort of their homes to be at places they have never been and lived in certain conditions,” he added.

Woman sustains deep wounds from husband after denying him sex