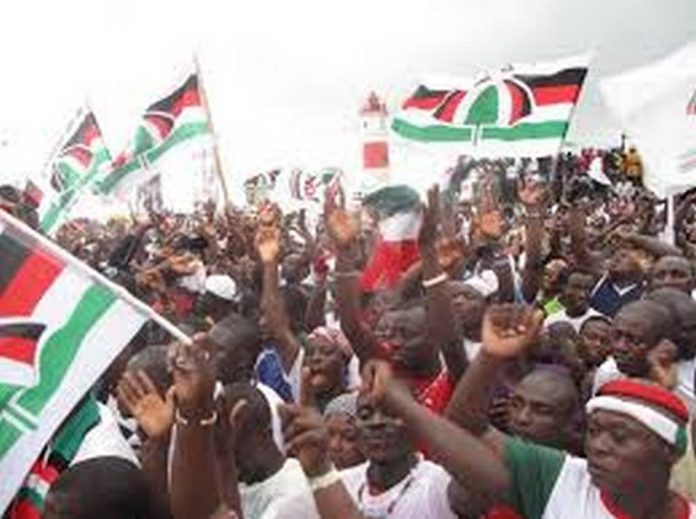 Members of the National Democratic Congress (NDC) at Zabzugu in the Northern Region have boycotted the collation process.

This comes barely hours as the nation awaits the declaration of results in the just ended December 7 polls from the Chairperson of the Electoral Commission (EC).

Joy News‘ Eric Sabit reports the supporters boycotted the process over claims that the District Chief Executive for the area was ‘controlling’ the EC officials.

He said the leader of the NDC’s coalition team since the eve of Monday, December 7, 2020, claimed there were issues of over-voting and importation of fake pink sheets.

Figures were said to be flying outside predicting the NDC’s victory though the EC officials had counted just about 43 ballots out of about 81 polling centres.

This situation caused confusion among disgruntled party supporters, resulting in a heavy security takeover in the area.

Persons present at the time of chaos were said to have been locked up within the Assembly Office where all the action was happening.

Motorbikes were burnt with access routes blocked forcing the military to escort the DCE, Ahmed Adarkwah out of the premises after attempted mob action.

However, Mr Adarkwah, responding to the allegation, denied any wrongdoing, stating all he sought to do was to ensure a smooth, peaceful and fair electoral process.