Election 2020: How the regions voted in presidential race 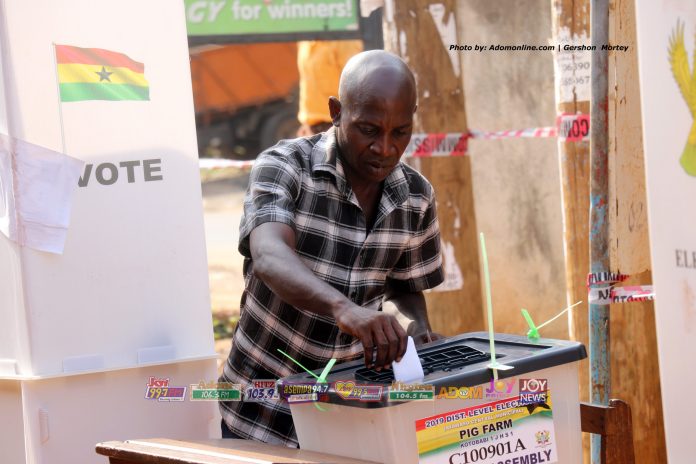 This is his second win in a general elections after losing the 2008 and the 2012 elections.

Thus, he will be serving as President of the Republic for another four years.

Over 13,434,574 eligible Ghanaian voters went out to cast their ballots at the respective 275 constituencies.

Out of this number, John Dramani Mahama won 6,214,889 votes in the presidential results.

Below are the results of the elections (presidential) for various regions as certified by the Electoral Commission.

In the Ahafo region, President Akufo-Addo won the Presidential elections with 145,584 votes followed by John Dramani Mahama with 116,485.

President Akufo-Addo with 1,795,824 votes in the Ashanti region, outdid John Dramani Mahama who secured 653,149 of total votes cast in the region.

In the Bono region, the NPP obtained maximum votes with a total of 292,604 votes cast in their favor whiles the NDC obtained 203,329 votes.

122, 742 of ballots cast in President Akufo-Addo‘s favor made him winner of the presidential race in the North East Region against John Mahama who secured 112,306 votes.

Meanwhile, the NDC‘s 335,502 of counted ballots was significantly more than NPP‘s 170,340 votes won in the Upper East region.

In the Upper West Region, President Akufo-Addo lost the bid to John Dramani Mahama with 238,972 votes cast in his favor against 121,230.

Stonebwoy’s wife prepares fufu for Davido and his crew [Video]

Man who sneaked into hostel dressed as a female nabbed [Video]