Newsday Ghana
HomeGeneral NewsElection 2020: Ama Sey, other NPP executives to be suspended over this......
General News

Election 2020: Ama Sey, other NPP executives to be suspended over this… [Listen] 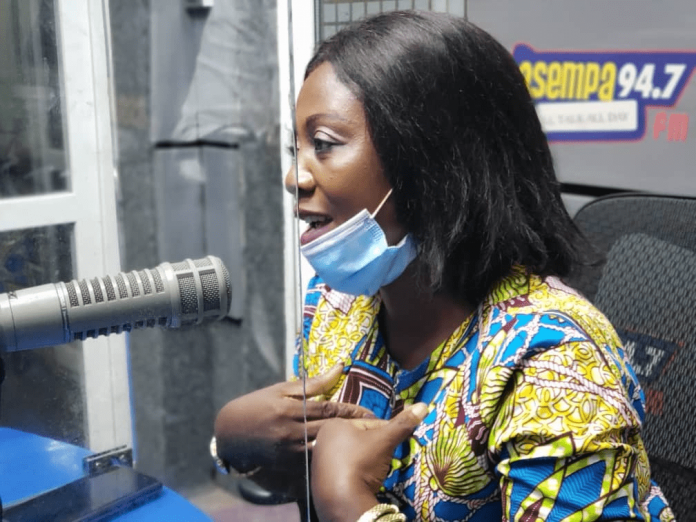 The Akwatia Constituency Executives of the New Patriotic Party (NPP) have announced their intention to sack the outgoing Member of Parliament for the area, Mercy Adu Gyamfi, alias Ama Sey, from the party effective January 7, 2020.

The party has also revealed it will suspend en masse party executives who aided Ama Sey to campaign for ‘skirt and blouse’ votes against NPP candidate, Ernest Yaw Kumi, leading to his defeat in the just ended parliamentary election.

The NPP lost the parliamentary seat to the National Democratic Congress (NDC) after its parliamentary candidate, Mr Kumi polled 18,742 votes against the NDC’s Henry Yiadom Boakye alias ‘Okoyo’ who garnered 19,899.

The NPP snatched the seat from Baba Jamal of the NDC in 2016. But Ama Sey, who won the seat, lost her bid for re-election during the parliamentary primary of the party. She claimed the primary was rigged to favour Mr Kumi who won with a slim margin.

The Constituency Chairman, Alhaji Baba Yakubu, addressing the media at Akwatia, said “looking at the just ended 7th December election, Nana Akufo-Addo had 21,758. John Dramani Mahama had 16, 181, if you subtract the difference, ‘skirt and blouse’ is 5,577.

“In the parliamentary Ernest Yaw Kumi polled 18,750 but NDC had 19,990 the difference is 1,239 why should we do this to ourselves. I will not sit aloof for some people to destroy the party. The NPP has a constitution and will deal with every polling station executive or party member who campaigned for ‘skirt and blouse’,” he said.

Akwatia is one of the key constituencies NPP lost in the Eastern Region to the NDC in the just ended parliamentary election. Other seats lost were Ayensuano and Upper Manya Krobo.