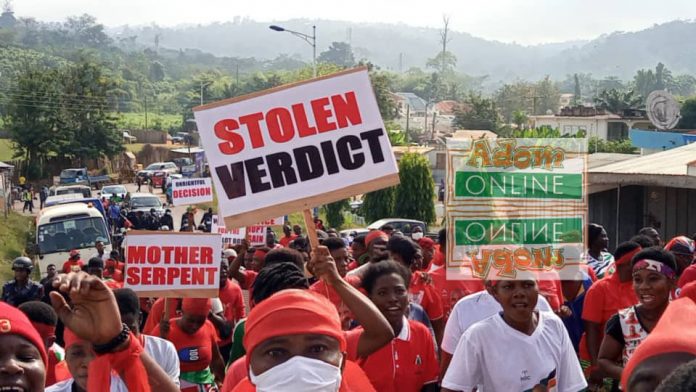 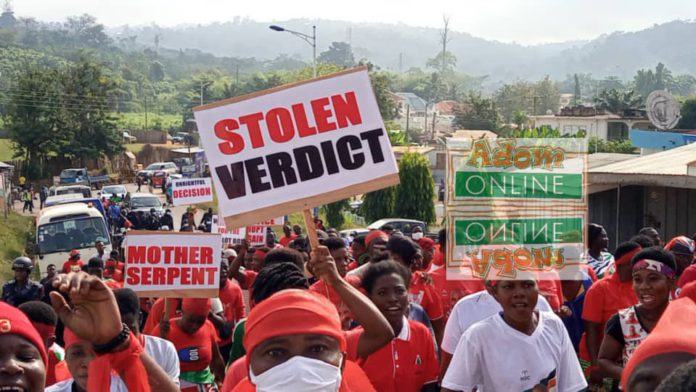 A letter has been filed by the defeated parliamentary candidate, Paul Evans Aidoo, to address alleged missing ballot boxes which he contends was responsible for the loss of his seat.

Mr Aidoo, together with his sympathizers began a protest from the principal streets to the EC office Tuesday morning.

However, upon getting to the EC office, it was found under lock, preventing them from submitting their petition.

Mr Aidoo, reacting to the development said the EC’s absence is a sign of disrespect, especially when their intentions were made known to them three days ahead of the protests.

He, however added that they will picket the EC office until their cry for justice is heard.