‘EC has done a fantastic job’ with Election 2020 – Koku Anyidoho 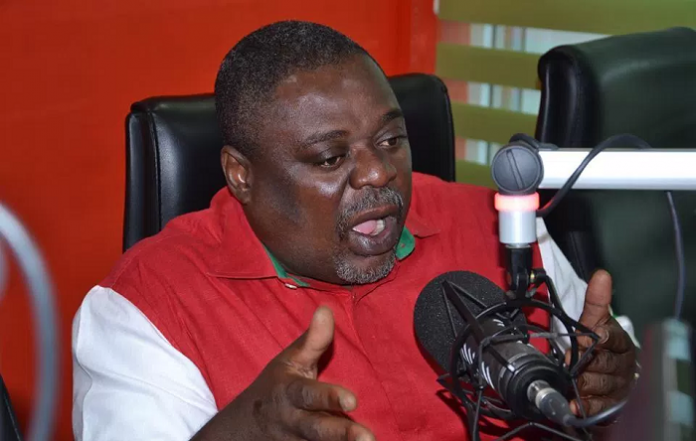 The Founder of the Atta Mills Institute (AMI), Mr Koku Anyidoho says the outcome of Election 2020 was indicative that the Electoral Commission (EC) “has done a fantastic job.”

“Kudos to Jean Mensa and the Electoral Commission, [Dr] Serebour Quaicoo, [Samuel] Tettey and [Dr] Bossman Asare, Sylvia Annor and the others. They have done a fantastic work,” Mr Anyidoho said in a radio interview on Accra based Asempa FM’s Ekosii Sen political talk programme Thursday afternoon [December 10, 2020], which was monitored by Graphic Online.

He said there was the thinking that the EC was not going to perform to perfection and that it was going to fail.

Mr Anyidoho made reference to the new biometric machines procured by the EC for the exercise, which he said the EC was accused of deliberately procuring and programming the machines to favour a particular candidate.

However, we all went to vote and the machine said, “verified, verified, verified, verified. It means that the machines were not pre-programmed to vote for anybody. That is why today, it is 137-137 [Parliamentary seats], that is it. So I think we have come out of an election that will prove to us politicians, that you can’t take the electorate for granted any longer,” Mr Anyidoho said.

He said a monitoring of the elections by the Atta Mills Institute showed that many people had voted by 3pm on election day and that strict COVID-19 protocols were observed in all areas.

He made reference to how the EC divided polling stations as the success of the smooth running of the process without congestion.

“So all the propaganda, what you are saying” making reference to the projections by various media houses, and how the elections were covered by the media juxtaposed against what the EC declared, Mr Anyidoho said “discerning minds” are listening and watching.

As an institute, he said the AMI will in the next four years in its public policy advocacy, will push for the National Commission on Civic Education (NCCE) to start a continuous public education programme from January 2021 to December 2024 on elections.

He said this in reference to the number of rejected ballots that were recorded in the elections and said some constituencies recorded over 1000 rejected ballots. “There is a lot of work to be done in terms of educating the voter,” he added.

“There was no time for needless propaganda, even at the time that your [media] machines were telling you,” on the projections, “you were just telling the public what you have gathered, you were not making any declarations. And so I think that, Ghana’s democracy is going to grow for the better, this 8th Parliament.”

On the scale of equity, Mr Anyidoho said since 1992 all elected Presidents and political parties have gotten two terms in succession and so it has been balanced.

“2024 will be the redefining moment, and that is where I think that all the political parties” will have to re-strategise.

Lydia Alhassan’s message to Samira Bawumia on her birthday –