Newsday Ghana
HomeGeneral NewsDumelo reacts after his billboard was covered with a photo of Lydia...
General News 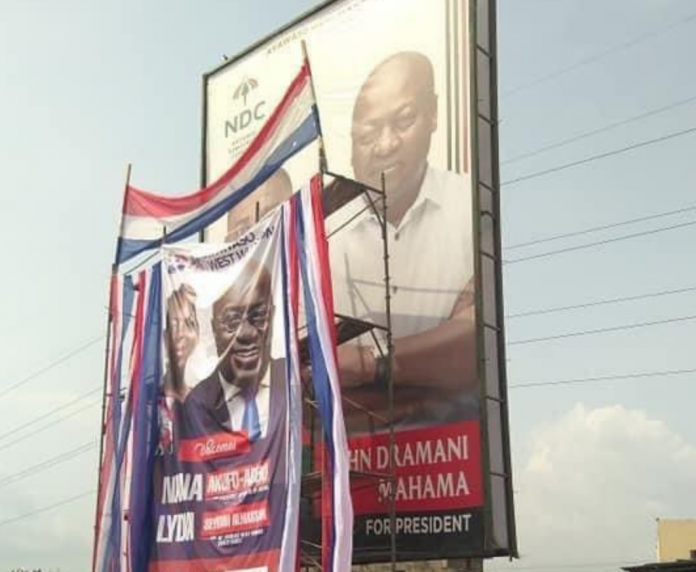 Aspiring Member of Parliament (MP) for Ayawaso West Wuogon constituency, John Dumelo, has reacted after his billboard was covered with that of the incumbent MP, Lydia Alhassan.

A video was shared on social media by Mr Dumelo’s fan, Abdul-Razak Iddrisu, who thought the gesture was inappropriate and “ugly”.

NPP Lydia Alhassan has covered @JDMahama and @johndumelo1 billboard at American house. Politics has NEVER been this ugly, he said.

Meanwhile, Mr Dumelo, after seeing the video and other circulating photos on social media, said the act was disrespectful.

In another reaction, Mr Dumelo said, she got nerves, referring to the Ayawaso MP.