Driver responsible for death of 34 people at Dompoase Junction sentenced! 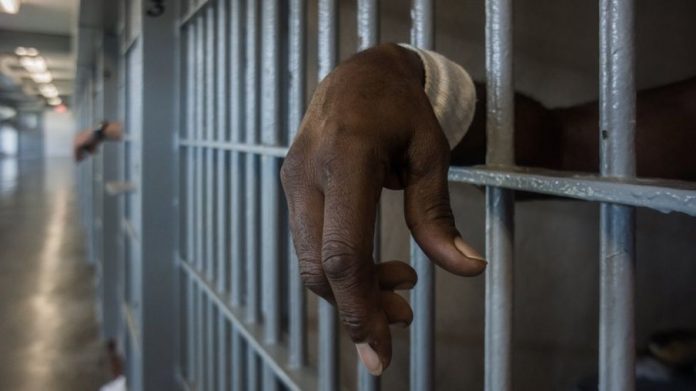 A High Court in Cape Coast has sentenced the driver who caused the death of 34 people and injuries to a dozen others at Dompoase Junction on the Cape Coast-Takoradi highway to five years imprisonment.

But the Republic appealed against the sentencing and conviction of the driver saying the conviction and sentencing by the trial judge was contrary to law.

On 14th January 2020, at about 12:10 am, the Respondent, the driver, was in-charge of JAC HK612H Bus with registration number GN 3780-10 with at least 42 passengers on board driving from Accra to Takoradi. On reaching a section of the road at Dompoase near Komenda Junction, on the Cape Coast-Takoradi main road, without due care was overtaking a leading unidentified articulated truck while approaching a curve.

In the process, an on-coming bus with registration number GR 5704-18 also with at least 52 passengers on board emerged from the curve in the opposite lane from Takoradi direction heading towards Accra. The driver of the said bus now deceased, together with the Respondent-driver upon realizing the danger ahead, simultaneously swerved to the nearside shoulder of the road facing Cape Coast direction. Both buses crashed eventually resulting in serious damage to both buses with both drivers sustaining varied degrees of injury.

Again, she sentenced the driver to pay a fine of eighty 80 penalty units on counts thirty-five [35] to count fifty [50]. In default, 8-months imprisonment for each count.

She, however, ordered the sentence to run consecutively and consequently barred the respondent from driving for commercial purposes for a period of 5-years, in default, serve 2-years imprisonment.

The Republic in its appeal against the conviction and sentence to the courtargued that the one-year sentence imposed by the trial court on the driver having regard to the offence upon conviction was contrary to law.

His Lordship Justice Kwasi Dapaah in his judgment noted that the trial court so erred in imposing a one-year sentence on the Respondent in respect of the offence of dangerous driving.

He averred there was no doubt, the driver showed an undisciplined attitude on the day in question and thus must pay for it. He further averred that the act of the driver resulted in a national disaster that led to the loss of 34 innocent persons, an act, he indicates, cannot be compensated for and thus the law must be strictly applied.

“In the circumstances and in line with the provisions in section 30 of the Courts Act 1993 [Act 459] as amended, I sentence the Respondent to a term of imprisonment of five [5] years on counts 2, 3 and 4 to run concurrently,” he stated.

Justice Kwasi Dapaah emphasized that the trial judge apparently misinterpreted the law and found herself on the wrong side of the law. He explained the trial judge ought to have ordered the sentence to run concurrently and not consecutively but that was not case.

He also set aside the order by the trial judge that the sentence in respect of counts 35 to 52 should run consecutively and ordered that sentence should rather run concurrently.

“For the avoidance of doubt, I set aside the trial court’s order to the effect that:“In total a fine of GHC17,280 in default 144 months,” he ordered.