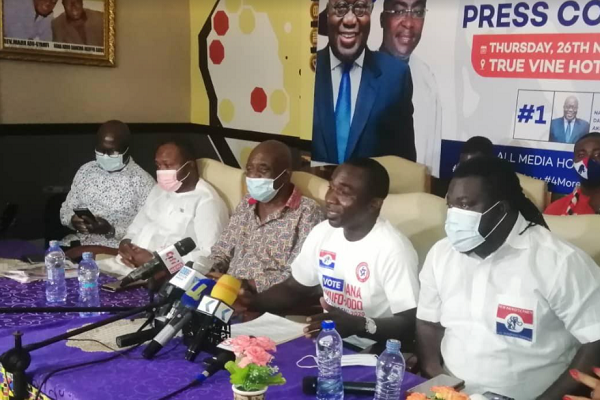 Aspirants Unite for Victory, a group made up of losing New Patriotic Party (NPP) parliamentary aspirants, has asked Ghanaians to retain the Akufo-Addo led government in power.

This, the group said can be achieved if members of the party and Ghanaians turn out in their numbers to vote for the president on December 7, 2020.

The group said even though there was enough evidence that the NPP would win the elections without any hitch, it however foresaw apathy, which it said could affect the fortunes of the party.

Addressing a press conference here in Kumasi, the Convener for the group, Mr Kennedy K. Kankam, Member of Parliament for Nhyiaeso, said the objective of the group was to rally support from all losing contenders and prevent them from going independent and to rally support for the party for a massive win.

Aside that, he said the group was also ensuring that all the parliamentary candidates of the party got elected at the election.

He said the group has adopted two constituencies, Mion, in the Northern region and Upper West Akim in the Eastern region and was doing everything possible to ensure that these seats fall to the NPP.

He said since the inception of the fourth republic, the NPP has never won those seats and believed that this time, “we should win them.”

He said the group was present in all the regions and working with all the parliamentary candidates of the party to ensure the total victory of the NPP.

Mr Kankam said from all indications, the NPP would be increasing its seats from the current 169 to 175 in the next Parliament and “our research shows that we are winning the presidential election by 58 per cent. “

He said the group would be going to the people, move from market to markets, media engagements, sports games and home visits to get the people out and vote massively for the party and its candidates.

I wouldn’t change a thing: The Mz Dru story