Domelevo fires back at Audit Service Board Chair 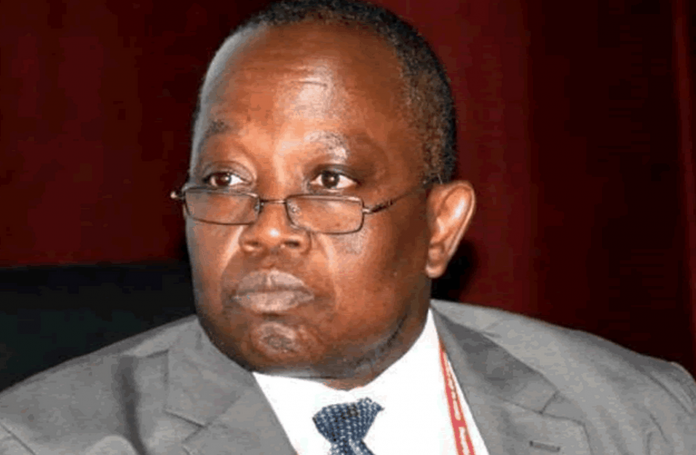 The Auditor-General, Daniel Domelevo, has rejected claims by the Ghana Audit Service that he owes an imprest of $4,020 from foreign travels in 2018.

This comes after a letter, signed by Prof Edward Dua Agyemang, Chairman of the Service on November 30, indicated that records available from an investigation show that aside the per diem given to Mr Domelevo for travel to the United Kingdom he failed to return the unused additional amount.

“Records made available show that in March and April 2018, you travelled with Mr Goerge Swanzy Winful to London and The Hague. In addition to your total per diem allowance of $1,641.10, you were also given an additional amount of $4,020.00 as accountable imprest.

“The audit report shows that you have not retired the accountable imprest in accordance with the laid down principle by the Auditor General in his letter dated April 3, 2019, addressed to the late Mr James Frempong.

“You’re required to account for the amount of $4,020.00 that was released to you with receipts within two weeks of the date of receipt of this letter,” the letter addressed to Mr Domelevo said.

In response, Mr Domelevo noted that he neither owes any imprest nor is he accountable to the Board chair.

Mr Domelevo noted in his reply that the question as to whether or not the audit is even legal is before the Supreme Court for determination and for which reason the request from the chairman of the Audit Service Board is contemptuous of the court per writ number J1/2/2021 titled Daniel Yaw Domelevo v Prof Edward Dua Agyemang and two others.

“Read Sections 2(3) and 7 of the Public Financial Management Act 2016 and you will realise that the mandate you and the board purport to have under the Audit Service Regulations 2011 (CI 70) is that of the Principal Spending Officer- hence I am not accountable to you,” Mr Domelevo stated.

“That said, not even a pesewa is outstanding against me for any advance or imprest that I took for any of my travels,” he added.

Mr Domelevo also wondered why Prof Agyemang still holds himself as the Board Chairman after the expiration of the Board’s term of office on 11th October 2020 contrary to Section 5 of the Audit Service Act 2000 (Act 584).

“Until you provide evidence of your reappointment in accordance with article 189(1) and section 5(1) of Act 584, I deem you to be acting ultra vires and will treat you as such,” Mr Domelevo stated.

Adalbert Diouf appointed as referee for Saoura vs. Hearts clash