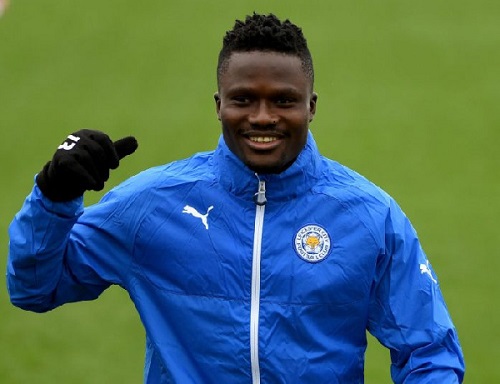 For the first time in two months, Leicester City centre-back, Daniel Amartey, returned to training after recovering a hamstring injury he sustained while playing for the club against West Ham this season.

Amartey who broke his ankle in 2018 during their league game against West Ham and spent close to a year in the treatment room return at the beginning of this season but had to beat treated once more after he got injured.

But the player’s condition has improved and he started training which has excited the manager, Brendan Rogers who was happy to see him back.

“[We’ve had] some really good news as Daniel Amartey’s come back in and trained with the team today, which is great news for us,” Rodgers told the club’s official website ahead of Sunday’s Premier League meeting with Sheffield United.

“He’d worked so hard to come back from his injury and then he was outstanding in his games and, unfortunately, he got injured in the West Ham game.

“He’s come back really well, he looked strong in training and we’ll hopefully build him up over the next weeks as well.”

“Daniel Amartey’s (hamstring) a little bit away, but he’s progressing really well. It gives us a really exciting squad,”

Two arrested in connection with murder of Holland returnee