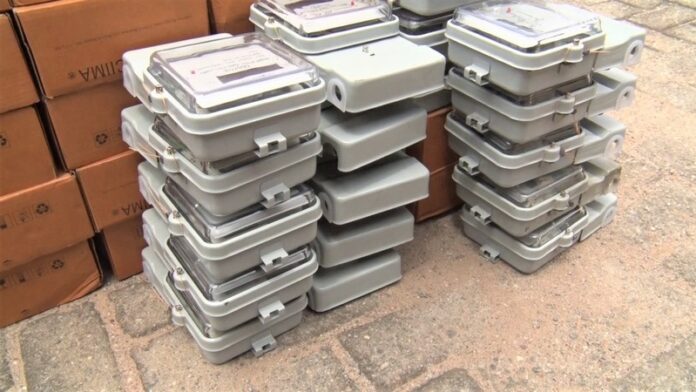 The Customs Division of the Ghana Revenue Authority has impounded a bus-load of electricity prepaid meters allegedly smuggled into the country.

The 28-seater Kia Grand Bird bus with registration AS 9723-21, carrying passengers and goods from Aflao to Kumasi, was intercepted on Friday at Labour, a popular bus stop in Kumasi.

The customs officers found 117 prepaid meters conceived in the air-conditioned unit and other compartments of the bus.

Sector Customs Commander, Assistant Commissioner Edmund Omari, says the bus was first stopped at the Customs barrier at Kubease, near Ejisu by a team of customs officers, but the driver who is yet to be named, failed to stop.

The bus was later impounded at Labour, a suburb of Asafo in Kumasi.

The bus and all passengers on-board were conveyed to the Ashanti regional headquarters of the customs division.

AC Omari told the media some other goods found on the bus, suspected to have been smuggled, are also subject of investigation.

Meanwhile, a team from the Electricity Company of Ghana (ECG) has been inspecting the meters to authenticate their origination.

She is worried such meters are often installed illegally to affect the operations of the company.