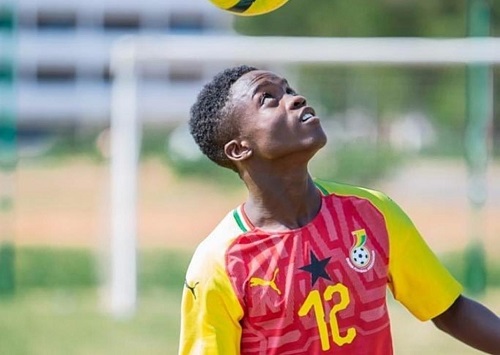 Legon Cities wonder kid, Matthew Cudjoe, is among a list of 27-man squad named by Coach Karim Zito for the WAFU Zone B Under-20 Cup of Nations slated for Benin.

The skillful midfielder, signed for Legon Cities after Kumasi Asante Kotoko failed to renew his contract at the end of last season.

He emerged as one of the selected players having been picked from a list of 150 players who presented selected to be justified.

Due to the coronavirus pandemic teams in this year’s competition have been given a window of six extra players instead of the usual 21.

Other notable players who made the squad include, Hearts of Oak’s Afriyie Bannieh, Abdul Mugeese Zakaria of Eleven Wonders and Suleman Mohammed of Dreams FC.

The Black Satellites are in Group B alongside, Nigeria and Cote d’Ivoire and looking for a slot in the next Africa Cup of Nations tournament slated for Mauritania in 2021.

Man jailed 40 years for robbery and causing harm at Techiman