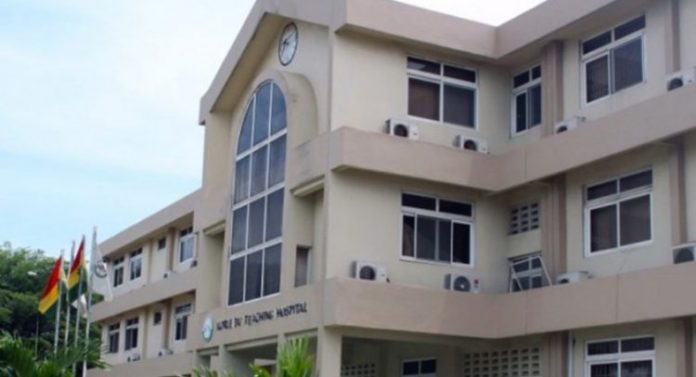 Fire has gutted the Intensive Care Unit (ICU) of the Korle-Bu Teaching Hospital.

Reports indicate an electrical fault in a socket within the ward caused the fire which occurred in the early hours of Monday, November 30, 2020.

The timely intervention of the Ghana National Fire Service helped put out the fire before causing further havoc.

Three persons, who have been diagnosed with coronavirus disease, were reported to be in the ward at the time of the incident.

However, the hospital’s Public Relations Officer, Mustapha Salifu, assured officials have taken all the necessary steps to evacuate all three patients to safety.

He noted steps were also being taken to refurbish the ICU for re-occupation.

“The fire was detected early, so we were able to handle it as soon it started. COVID-19 patients are safe and under control. There were also no casualties involved as a result of the outbreak,” he said.

The patients have since been transferred to the University of Ghana Medical Centre.