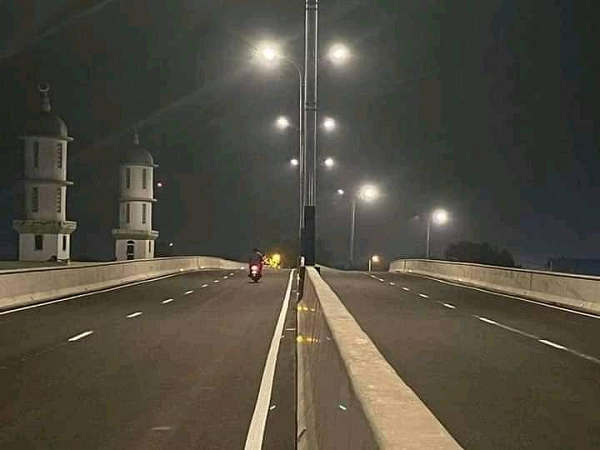 Tamale Central is one of the constituencies that have received their fair share of the national cake.

Without doubt an urban constituency, it has witnessed significant development since its creation in 2004.

The benefits for Tamale Central, which is our focus for this week, include an interchange, a number of roads, new school blocks and agricultural support.

Carved out of the then Gukpegu/Sabongida Constituency in 2004, Tamale Central is one of the largest and fastest developing constituencies in the Northern Region.

Since its creation, the constituency, one of the 18 constituencies in the region, has politically become the traditional seat of the National Democratic Congress (NDC), as it has since been voting for the NDC in both parliamentary and presidential elections.

Although the New Patriotic Party (NPP) has never won the seat, it made some advances in the 2020 general election, garnering about 44.83 per cent of the total valid votes cast.

Its current Member of Parliament (MP) is Ibrahim Murtala Mohammed, who won the seat on the ticket of the NDC in 2020. He is the third MP of the constituency.

His predecessor, Inusah Fuseini, who was in Parliament for three terms, from 2006, voluntarily bowed out of contesting the seat for the fourth time.

Alhaji Fuseini became an MP through a by-election in 2006 after the then incumbent, Wayo Seini, defected from the NDC to the NPP.

Although it is considered a traditional seat of the NDC, the incumbent MP had a tough time slugging it out with the NPP parliamentary candidate, Dr Ibrahim Anyars Imoro, who pulled a surprise by garnering 44.83 per cent of the valid votes, the highest votes polled by an NPP candidate in the history of the constituency.

The constituency has a mix of both formal and informal workers, made up of traders, teachers, civil and public servants, farmers, nurses, security officers, among others.

It is also a busy constituency, with fever-pitch economic activities that draw hundreds of people from far and near on a daily basis.

Prominent markets and business centres in the Tamale metropolis, such as the Aboabo Market, bus terminals and a number of banks can all be found in the constituency.

The constituency is a beneficiary of the Tamale Interchange, the first to be constructed in the northern part of the country.

The structure, which has been dedicated to the memory of Naa Gbewaa, the Founder of the Mole/Dagbon Kingdom, was constructed to ease traffic congestion and give a facelift to the metropolis.

The two-tier interchange, which was opened to traffic in March 2022 by President Nana Addo Dankwa Akufo-Addo, formed part of what the government described as its commitment to address congestion in urban centres and also help improve travel times on major arterial roads.

The Naa Gbewaa Interchange links the road from the Dakpema Palace through the ‘Point 7’ road, the Central Taxi Rank and the Central Market Intersection to the Sakasaka Road.

The bus transport service is set to start operation with five 40-seater buses plying designated routes, much of which can be found in the Tamale Central Constituency.

The areas include the Interchange to the Tamale Polytechnic, Point 7 to Vittin and the Anbariya Senior High School, P.K. Gombillah to Savelugu, Quality First to the UDS Tamale Campus and Aboabo Commercial Bank to Nyankpala.

A number of road projects have been completed in the constituency, with others at various stages of completion.

So far, about 40 kilometres (km) of roads have been asphalted within the Tamale Central constituency, out of the 100km earmarked by the government to be constructed in the Tamale metropolis and the Sagnarigu municipality by 2024.

In spite of the significant infrastructural development, parts of the constituency, such as the Warizehi and the Agric/Mohiyabihi electoral areas, are still grappling with poor roads, inadequate drains, bridges, perennial flooding and faulty streetlights.

Other challenges include congestion, insecurity and youth unemployment.

Some residents who spoke with the Daily Graphic — Adam Hardi, Saani Mustapha and Hamida Salifu – said in spite of the challenges facing the constituency, it had witnessed significant development in the past five years.

They mentioned the construction of the interchange and a number of link roads, which they noted had given a major facelift to the metropolis.

The Assembly Member for the Agric/Mohiyabihi Electoral Area, Salifu Mohammed Mutala, said the main challenge was the poor drainage system which contributed to the perennial flooding in the area.

He said aside from a mechanised borehole and a clinic that had been constructed in the area by the MP, Ibrahim Murtala Mohammed, the area had not benefited from any government intervention for some time now.

Mr Mutala, therefore, appealed to the authorities to turn their attention to the electoral area and help fix the drainage, roads and other developmental challenges.

Some opinion leaders — Sumani Alhassan, Yusif Danaba and Ibrahim Adam — commended the government for initiating some projects which were impacting on the lives of the people in the constituency.

They also urged the government and the assembly to decongest the central business district, which had been taken over by hawkers and people who had erected unauthorised structures.

The Metropolitan Chief Executive for Tamale, Sule Salifu, lamented the wanton encroachment on public school lands in the metropolis and said if not checked, the practice could pose a threat to future development projects on school premises.

He indicated that the assembly was taking stringent measures to reclaim and protect all public school lands that had been encroached upon by some private developers and individuals.

The MP for the constituency, Alhaji Murtala Mohammed, told the Daily Graphic that when he assumed office, he undertook an assessment to identify the pressing needs of the constituents.

He mentioned the drilling of 20 mechanised boreholes, the construction of an Astro turf, clinics, payment of fees of about 20 medical students, organising extra classes for students, among others, as some of the projects he had undertaken in the constituency.

“One of my main focus areas is education, so I have decided to pay the fees for 10 medical students each year. Last year I started with 10 students and this year the same,” he said.

“I have also been organising extra classes for Basic Education Certificate Examination (BECE) candidates. I started with about 1,200 students and this year about 1,700 students have benefited,” Alhaji Mohammed said.

Aside from that, the MP indicated that he had supported a number of farmers with farm inputs and funds to improve on their farming activities.
Alhaji Mohammed, who is a former Deputy Minister of Trade and Industry, expressed concern about the poor road network and drainage systems in parts of the constituency.

He pledged to continue to use his influence to lobby the authorities to work on the roads and drains.

“I have also been embarking on regular visitations to understand the needs and challenges of the people so that I can know how to use my share of the common fund and also lobby for projects for them,” he added.

Aside from the road infrastructure, the Tamale Metropolitan Assembly has been installing streetlights in some communities and principal roads, including those in Tamale Central, to improve night visibility and help fight crime in the metropolis.

Recently, it installed over 400 streetlights in areas such as Aboabo, the central business district, Zogbeli and Lamankara.

It has also been embarking on a decongestion exercise within the central business district to clear traders who have erected unauthorised structures along the pavements.

The move forms part of efforts to ensure sanity and the free flow of traffic in the city.

While acknowledging some of the infrastructural projects witnessed in the area, the Constituency Communications Officer of the NDC, Umar Abdul-Razak, said the government had performed abysmally in the constituency.

He said even in opposition, the MP had been able to initiate more life-changing projects than what the government had done in the past six years.

As Election 2020 approaches, one of the constituencies to watch is Tamale Central.

This is mainly because of the inroads the NPP made in the last elections, closing the gap from previously landslide victories the NDC chalked up.

Therefore, any slip on anybody’s part can tilt the outcome. We will keep an eye on happenings in the Tamale Central Constituency.