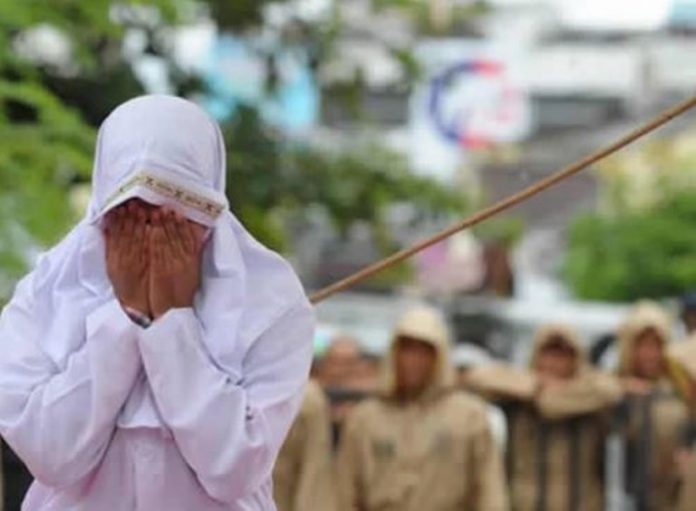 A child rapist collapsed after he was flogged 146 times with a cane during a public whipping in Aceh, Indonesia.

The 19-year-old sex attacker was arrested earlier this year on charges of molesting and raping a minor. He was sentenced to 146 lashes, a serious punishment reserved for the most heinous of criminals in the country.

During the whipping, which took place this week, the man pleaded for the punishment to stop and was briefly treated by a medic before the flogging restarted, the Mail Online reported.

He later collapsed after receiving his punishment.

Ivan Nanhhar Alavi, an official from the East Aceh prosecutor’s office, told reporters that “the maximum sentence is meant to be a deterrent.”

In September, another man collapsed after receiving 52 lashes as punishment for raping a child.

The man, known only as Roni, was set to be caned 169 times but prosecutors postponed his punishment deeming him unfit to continue.

Following his collapse, he was immediately taken to a medical centre for treatment.

“When he was lashed 52 times, he was found on his right back there were heavy blisters, if he continued and was hit by the same beating, the blood vessels could burst and bleed,” one of the doctors said.

“It is better if we postpone it until the recovery is good and the convict can be punished again.”

The doctor added: “At the initial examination, the convict was fine, but maybe a little frightened so that several times the convict raised his hand to stop.

“But when he was examined his health the last time it was true that the wound was quite heavy.”

Five others were also flogged for gambling offences, with two men receiving eight and three others receiving six lashes.

Aceh is the only region in Indonesia that imposes Sharia law, with 98 percent of its five million residents being Muslim. It adopted the Islamic law after being granted a degree of autonomy from the national government in 2001, according to local reports.

Human rights groups have condemned the brutal punishments as inhumane, but Sharia officials confirmed earlier this year the whipping would go on despite the pandemic, which has infected at least 262,022 and killed 10,105 in Indonesia.

Amnesty International has condemned the practice, saying last year that the canings are violations of human rights law.

The group said: “Punishable offences include consensual intimacy or sexual activity for unmarried couples, consensual sex outside marriage, same-sex sexual relations, the consumption and sale of alcohol, and gambling.

“Under international human rights law all forms of corporal punishment are prohibited – they violate the absolute prohibition of torture and other cruel, inhuman or degrading punishment and often torture.”