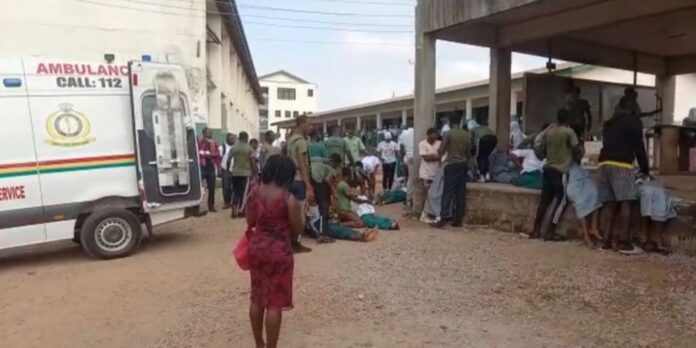 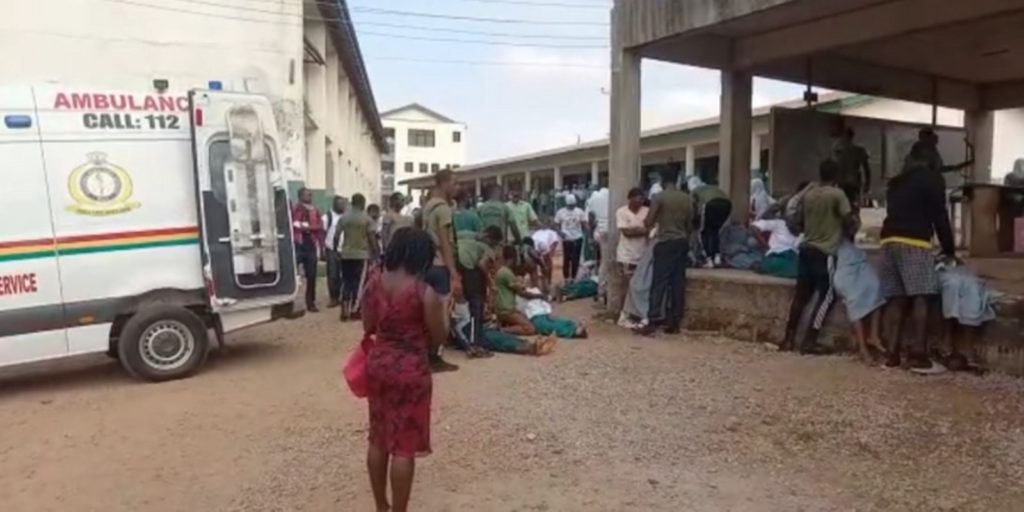 The video has refuted reports that the students were unarmed in the disturbances on Monday that left about 38 students hospitalised.

The students were seen wielding sticks and machetes in the video as they mass up in front of their school though the police were not in sight yet.

In the viral two minutes 38 seconds video, the mood at the school attracted commentary from faceless people believed to be some personnel who were monitoring the footage and angered by the scene.

There was chaos, confusion and fatigue at the premises of the school-based at Abrepo in Kumasi on Monday morning.

The students were protesting against incessant pedestrian knockdowns involving some students and teachers of the school as they block the Abrepo-Barekese main road causing vehicular traffic.

But the police, who were called in to maintain order, fired warning shots and tear gas into the protesting students to disperse the irate crowd.

The Ghana Police Service has since admitted that a better approach to tackling the riot could have been employed.

According to the service, a more calculated tactic could have led to a much more salient resolution to the chaos and not the development that was seen in the Ashanti Region on Monday.

Against this backdrop, some top police officers in the jurisdiction have been interdicted including the Deputy Regional Police Commander, DCOP Kwasi Akomeah-Apraku, who has been removed.

He was acting as the Ashanti Regional Police Commander at the time of the chaos.

Two other police officers were interdicted to allow for investigations to take place.

Electricity supply is not a right, it’s a privilege