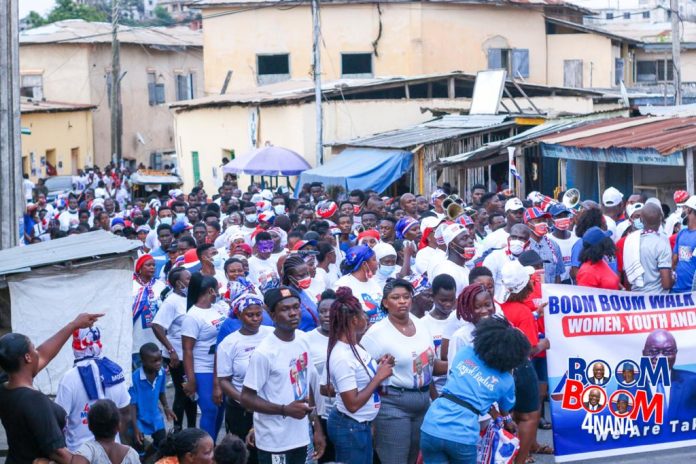 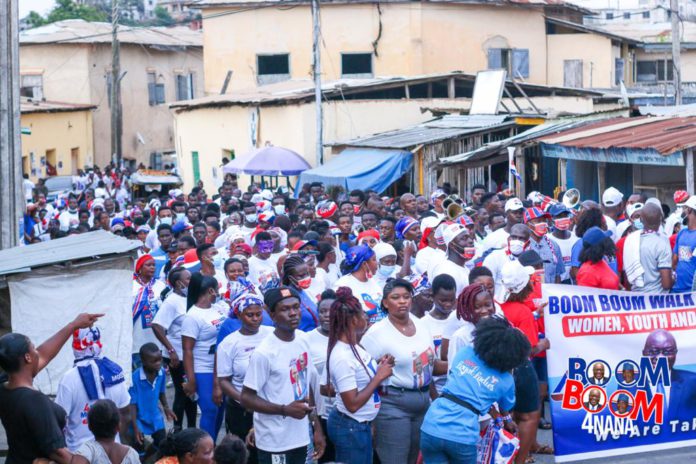 The group, largely made up of law students and tertiary students from various universities in Ghana, are campaigning for President Nana Akufo-Addo‘s re-election.

The walk was in partnership with the Cape Coast South party faithful and the parliamentary candidate for NPP, Ernest Arthur as part of his campaign.

Benjamin Gyewu Appiah, President of the group, speaking to Adom News, expressed appreciation for the support garnered so far.

Mayor One, as he’s popularly called, said the group has been influential in amassing people for the walk and was optimistic it will translate into their victory on December 7.

The walk ended with a rally at the Victoria Park.