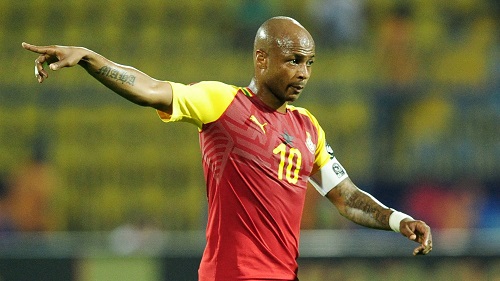 Black Stars’ double strike against Sudan in their Cameroun 2021 Africa Cup of Nations (AFCON) Group C qualifier last Thursday resulted in a double-winning bonus bonanza for some regular players of the team.

Among the players who enjoyed the double delight were two-goal hero skipper Andre Dede Ayew and his younger brother Jordan, and three others who featured in Coach Kwasi Appiah’s 23-man squad for the AFCON openers against Bafana Bafana of South Africa and Sao Tome and Principe last year.

This followed the decision of the Ministry of Youth and Sports to settle the outstanding winning bonus owed the Black Stars exactly a year after the Black Stars defeated São Tomé and Príncipe 1-0 away on November 18, 2019.

According to a source close to the Ministry, the one-match outstanding bonus was finally paid last week.

The source intimated to the Graphic Sports that both the old and new bonus package was dispatched to the Stars camp on the eve of the Sudan match via police escort.

If the $5,000 per match-winning bonus still stands, then it means the five lucky players pocketed $10,000 each after last Thursday’s victory, while hoping to earn another $5,000 in case they beat Sudan in the return leg in Khartoum on Tuesday.

Ghana defeated South Africa 2-0 at the Cape Coast Stadium on November 14, 2019 before emplaning to São Tomé to face their hosts at the Estádio Nacional 12 de Julho on November 18, 2019.

However, the Ministry managed to settle the Stars’ winning bonus for the South Africa match a few months later, leaving the Sao Tome one.

It will be recalled that the following 23 players represented Ghana in the AFCON 2021 qualifiers against South Africa and São Tomé and Príncipe:

Meanwhile, the Black Stars will be without influential skipper, Andre Dede Ayew, in the 2021 AFCON second leg qualifier against Sudan in Khartoum tomorrow.

Ayew, who scored a brace to power the Stars to a 2-0 victory in the first leg in Cape Coast last week, suffered a muscle strain at a training session last Saturday, ruling him out of the game.

The Stars are a win away from securing qualification to next year’s Africa Cup of Nations (AFCON) to be staged in Cameroun, having secured three victories from as many matches in the qualifiers so far.

COVID-19: Akufo-Addo to address Ghanaians on measures against pandemic