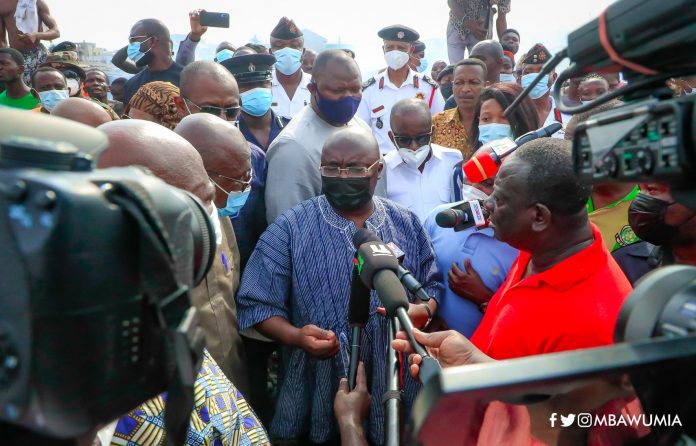 Vice President Dr Mahamudu Bawumia has visited victims of the Kantamanto fire to solidarise with them over their loss.

An inferno razed the market on Tuesday night destroying wares and stalls worth thousands of cedis.

Dr Bawumia engaged with the leadership of the market who gave him a vivid description of the incident.

Describing the incident as a huge human tragedy, he assured stakeholders engagement will be held to know the relief packages for the victims.

He said the meeting will come off on Friday, December, 18, 2020, at the Jubilee House to discuss the possible compensation.

He indicated the Akufo-Addo-led government will also consider a long-term plan to rebuild the Kantamanto market.

He indicated that moving forward a lot of measures will be rolled out to reduce future occurences.

He called for the creation of access ways, provision of fire hydrants and water tankers in collaboration with the assemblies and market associations.

Meanwhile, some traders were at the scene and tried to salvage what was left but nothing was left.